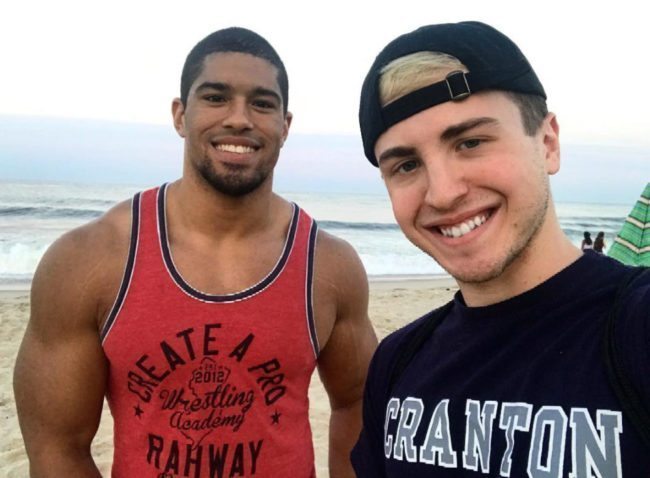 Don’t be fooled by his tough exterior, inside pro wrestler Anthony Bowens is a total softy.

For his boyfriend Michael Pavano’s 24th birthday, Bowens wanted to do something extra special. So he wrote, composed, and recorded a love song called “How We Met”, a smooth R&B jam about, well, how they met.

“What do you mean?/What you mean to me/I’m half without you/Yeeeaaah,” Bowens croons in the tune. “Clarity/You brought to my soul/Serenity/Making two halves whole.”

“I’m really bad at gift giving and I wanted to make sure that I did something special for him,” Bowens, tells Outsports. “I was wracking my brain as to what it could be and I decided to go the creative route instead something material.”

They say the best gifts are the ones you make yourself.

Bowens teamed up with music producer Nicco DiRenzi to develop the track.

“I tried to convey how much Michael has impacted my life and how he helped heal any pain and dismiss any fears I had prior to coming out and living my life freely,” he explains.

He continues, “I combined it with the way I felt after the first night we two years ago at a bar called Blackthorn in New Jersey and I how feel now in general.”