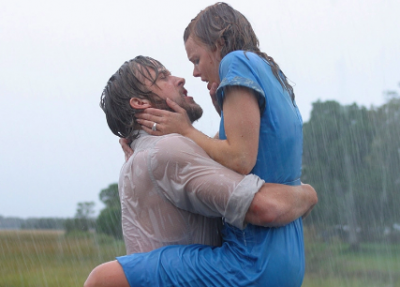 The team behind the upcoming Broadway musical adaptation of Nicholas Sparks’ blockbuster The Notebook say they are “encouraged” by the author’s “strong statement of support of the LGBTQ+ community” after leaked emails exposed him as a bigot. As for his racism. Well, they’re turning a blind eye to that.

Just to recap: Last week, a series of leaked emails showed that in 2013, Sparks ordered administrators at the Epiphany School of Global Studies, a faith-based prep school he founded in 2006, to ban an LGBTQ student group and threatened at least two bisexual teachers with termination for defending queer students.

In response to the leak, Sparks issued a lengthy apology, claiming to be “an unequivocal supporter of gay marriage, gay adoption, and equal employment rights and would never want to discourage any young person or adult from embracing who they are.”

Absent from his apology, however, was any reference to the other minority groups he disparaged.

But apparently, that was enough to satisfy the creative team of the Broadway musical adaptation of his breakout novel. Because just the other day, the entire team–producers Kevin McCollum and Kurt Deutsch, composer Ingrid Michaelson, book writer Bekah Brunstetter, and director Michael Grief–issued joint response praising Sparks for his words:

We are encouraged that Mr. Sparks has made a strong statement of support of the LGBTQ+ community today. The Notebook musical team has been given complete freedom to create a very new piece of art from the source material of the book and our mission for the past 3 years has been and continues to be to create a story of love and humanity that reflects our core values of diversity and inclusion.

And here’s where it gets especially awkward.

Because the show’s composer, Ingrid Michaelson, who is perhaps best known for her hit song “Girls Chase Boys,” has long identified as a feminist and LGBTQ ally and recently hinted at being queer herself.

Just last month, she posted a photo of herself and friend Kristin Russo, who identifies as bisexual, to Instagram along with the caption: “one full gay, one partial.”

One full gay one partial

Queerty reached out to Michaelson for additional comment but did not hear back by press time. We will update this story if/when one becomes available.

The joint statement also makes zero reference to the racist component to Sparks’ emails, particularly the part where he said blacks are too poor to attend his school, nor would they be a good cultural fit, then claimed his beliefs had “nothing to do with racism or vestiges of Jim Crow.”

“Regarding diversity, I’ve now told you half a dozen times that our lack of diversity has NOTHING to do with the school or anyone at the school,” Sparks wrote. “It’s not because of what we as a school has or hasn’t done. It has nothing to do with racism or vestiges of Jim Crow. It comes down to 1) Money and 2) Culture.”

The joint statement also makes no reference to allegations made by former Epiphany School headmaster Saul Benjamin that Sparks told him black students were “too poor and can’t do the academic work,” and that when Benjamin appeared at an event alongside the president of the local NAACP chapter, Sparks allegedly pulled him aside to say it brought “disrepute to Epiphany.”

Seriously, why aren’t more people talking about this or the fact that Sparks hasn’t addressed any of this? The only thing he’s addressed is the antigay remarks. There’s a whole lot of other bigotry happening that’s being swept under the rug.

A reading of Broadway musical adaption of The Notebook will take place later this month in New York with Vanessa Hudgens starring as the female lead.