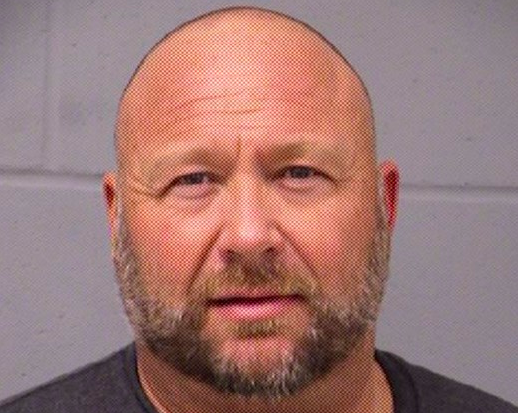 Once upon a time, InfoWars founder Alex Jones was thought to be one of the leading voices in the far-right conservative movement, peddling alt-right ideas and conspiracy theories to millions of listeners.

If that wasn’t bad enough, things just got a little worse for the professional homophobe. On Tuesday, he was booked into the Travis County Jail on a drunk driving charge after his wife told police he had been physically violent with her, the local sheriff’s office says.

The 46-year-old conspiracy theorist was booked around 12:30 a.m. after being pulled over for going 45 in a 40 zone. The officer said he “detected a strong odor of alcohol” on Jones, who appeared “excited” and “talkative” and whose eyes were watery and glassy.

Hours earlier, police received a call placed at 10:10 p.m. by Jones’ wife. She told the dispatcher they had gotten into a verbal fight and Jones, who had been drinking, became physical with her. Afterwards, he stormed out of the house in his black Dodge Charger.

After being pulled over, Jones told officer he and his wife had gotten into an argument around 8 p.m. while dining at Izumi Sushi. He said he drank a bottle of sake during the meal. After his wife ditched him at the restaurant, he had to walk three miles home. When he got there, they continued arguing.

“Jones stated he then proceeded to drive to another residence he owns downtown to get away from his wife,” the affidavit says.

The driving while intoxicated charge is a class B misdemeanor.