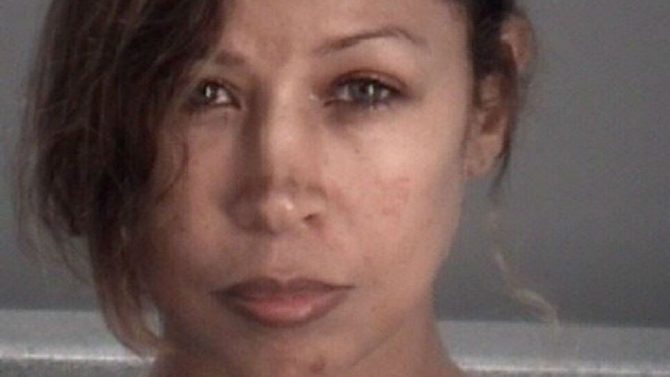 Professional homophobe Stacey Dash was arrested in Florida over the weekend on a domestic battery charge.

The 52-year-old failed actress was taken into custody on Sunday by the Pasco Sheriff’s Office in Land O’ Lakes, just outside of Tampa. According to police, she slapped a man across the face during a “verbal argument.”

Dash hit the man after they started arguing, according to the sheriff’s office. He had scratches on his upper left arm from being pushed, deputies said. She was taken to a jail in Land O’ Lakes without further incident.

Dash is best known for her role as Dionne Davenport in the 1995 teenage romance movie “Clueless.”

The man was Dash’s fourth husband, Jeffrey Marty, who she married last year.

Dash is no friend to the LGBTQ community. In the past, she’s called being LGBTQ a choice and said trans people should pee in the bushes rather than use public restrooms.

“Go in the bushes,” Dash famously quipped to Entertainment Tonight in 2016. “I don’t know what to tell you, but I’m not gonna put my child’s life at risk because you want to change a law.”

Also in 2016, she blamed the Pulse massacre on Barack Obama and was fired as a Fox News contributor when she threw a profanity-laden temper tantrum on live TV.

TMZ reports that Dash is currently being held on $500 bail.