For decades, trans people have been at the forefront of LGBTQ rights. Through their fearless pursuit of proper representation in the media, equal rights, and acceptance in society, more kids exploring their identities can come out and embrace their true selves.

However, it is only in the past decade that trans celebrities have gained positive acceptance and visibility in mainstream popular culture, if at all. Thanks to the brave individuals who have devoted their lives to creating a safer space for queerness to thrive and be celebrated, younger generations of queer and trans people can feel supported and openly express themselves without fear.

If you’re curious to learn more, keep reading Queerty’s list of notable trans luminaries who have made their mark on history. 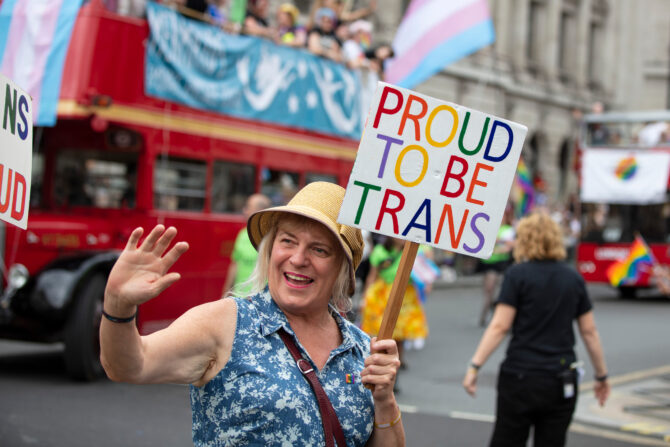 Who Are The Most Famous Transgender Celebrities?

Thanks to the power of the Internet, trans celebrities are now able to use their platforms to speak out on societal norms and change outdated mindsets towards queerness. Whether they’re athletes, actors, musicians, influencers, artists, or activists, trans celebrities continue to break barriers by excelling in their fields and serving as inspirations to many. 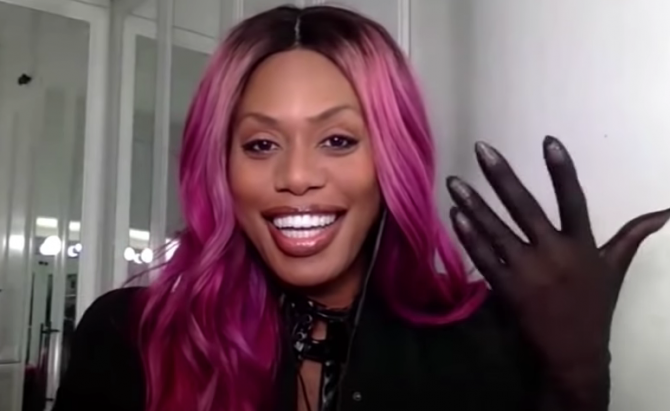 Known for her memorable performance as inmate Sophia Burset on the hit series Orange Is The New Black, multiple Emmy-award nominee Laverne Cox blazed the trail for LGBTQ by achieving many firsts as an openly transgender woman in Hollywood.

She was the first trans person to be nominated for a Primetime Emmy Award for Orange Is The New Black in 2014, and the first to win a Daytime Emmy for her work as a producer. She also graced the cover of Time Magazine in 2014, with the headline “Transgender Tipping Point.”

Laverne Cox is responsible for producing notable documentaries and TV series on the transgender experience, such as The T Word, Free CeCe!, and Disclosure: Trans Lives On Screen. 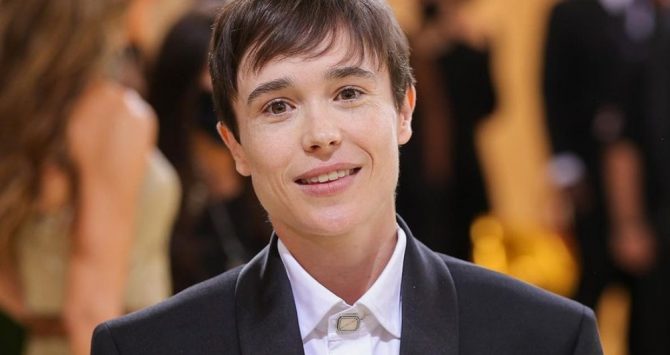 Canadian actor and producer Elliot Page got their first big break in Hollywood by playing the titular role in Jason Reitman’s film Juno.

Page has been nominated for multiple awards, including an Academy Award, a Golden Globe, a Critic’s Choice Award, and two BAFTA awards, just to name a few. Page is also one of the outspoken trans men celebrities in Hollywood who continues to advocate for transgender visibility.

On December 1, 2020, Page penned a heartfelt post on Instagram and officially came out as transgender. They also made history as the first trans-masculine actor on the cover of Time Magazine in 2021.

Born and raised in Manila, Philippines, Geena Rocero is the first openly transgender Filipino-American model. In addition to modeling, Rocero is a TED Talk speaker, writer, director, and advocate for trans rights. She founded Gender Proud, a media company that tells stories of the transgender experience, and what it means to be trans or gender non-conforming.

Geena Rocero also made history as the first openly trans female celebrity to give a TED Talk, coming out on March 31, 2014, in honor of International Transgender Day Of Visibility. In 2021, she directed Caretakers, a four-part docu-series that tells the story of Filipino-Americans during the pandemic.

Chaz Bono has an impressive Hollywood pedigree. Born to entertainers Cher and Sonny Bono, he first entered the spotlight as a guest on his parents’ television show, The Sonny & Cher Comedy Hour. In 1995, he was outed by tabloids as a lesbian, and eventually penned two books on coming out.

From 2008 to 2010, Chaz began his female-to-male gender transition, and a documentary entitled Becoming Chaz was created to chronicle his journey as a trans man in 2011. Bono remains a strong advocate for LGBTQI rights to this day, and he’s now an actor himself. His most notable work includes Curb Your Enthusiasm and American Horror Story. 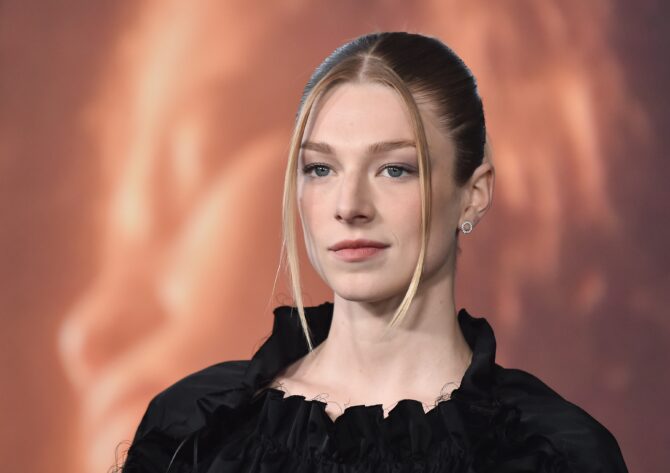 Hunter Schafer first came into the public eye during her breakout role as Jules Vaughn, a transgender high school student, in HBO’s Euphoria, and the world has kept its eyes on her ever since. She began her career as a model, having walked for noted fashion houses such as Prada, Christian Dior, Gucci, Ann Demeulemeester, and Marc Jacobs, to name a few.

When asked about her identity, she says, “I do like people to know that I’m not a cis girl because that’s not something that I am or feel like I am. I’m proud to be a trans person.”

Nikkie De Jager is a Dutch makeup artist and beauty vlogger who rose to fame via her YouTube channel, NikkieTutorials. Nikkie is known for her honest makeup reviews, fun and bubbly personality, and glamorous makeup looks, garnering her over a billion views on YouTube. She has collaborated with fashion brands such as Fenty Beauty, OFRA, and Maybelline, and has even appeared in music videos with Lady Gaga.

In early 2020, she publicly came out as trans after receiving messages threatening to out her assigned sex at birth. That same year, De Jager was nominated as a goodwill ambassador by the United Nations. 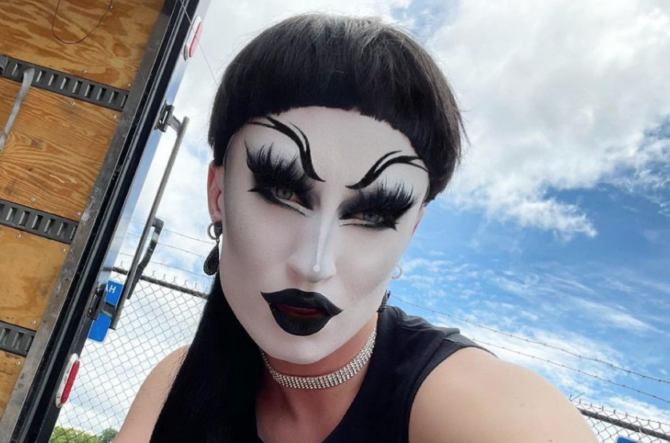 Their bold, colorful makeup style and challenging the “cis-tem” is what makes Gottmik unique among the LGBTQ folks in Hollywood today.

Afro-Latinx actress Michaela Jaé (formerly MJ) Rodriguez is widely known for her work as Blanca in Pose and in Lin Manuel-Miranda’s tick, tick…BOOM! In 2021, she made history as the very first trans woman to be nominated for a lead role Emmy award, winning her first Golden Globe in 2022.

In an interview with Refinery 29, she says, “I just pray that… people get to see the person who is all types of intersectionalities – black, Latina, trans, a woman, all things encompassed in one – and not use it as a logline or a subtext title where it’s like, ‘This is what she is and look at what she’s done because she is trans’.” 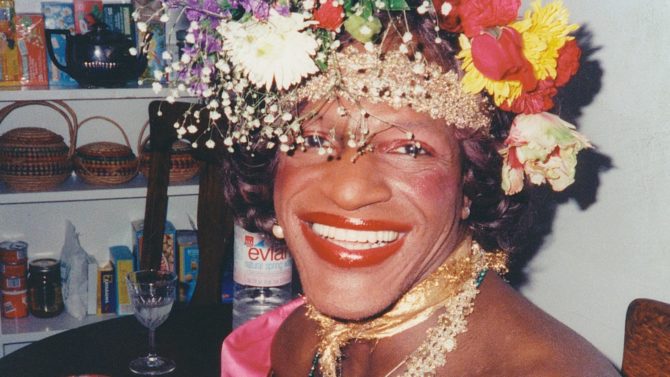 While not a celebrity, it would be a disservice not to include the activist Marsha P. Johnson on this list. Born in 1945, Marsha “Pay It No Mind” Johnson was a trans female celebrity revolutionary, former sex worker, and one of the main figures in the historical Stonewall Riots of 1969.

As an outspoken activist for trans people of color, she found fame in the New York City drag circuit and served as a drag mother by helping homeless LGBTQ youth get back on their feet.

On the 28th of June in 1969, LGBTQ people were targeted and arrested without due process at the Stonewall Inn, located in Greenwich Village, Manhattan. This sparked a riot, led by Johnson and fellow sex worker Sylvia Romero, against the NYPD, which lasted a few days. This earned Marsha P. Johnson recognition as the vanguard of the gay liberation movement in the United States.

Trans celebrities serve as role models to LGBTQ youth who seek comfort in finding celebrities that resemble and represent them.

Is your favorite celeb on this list? Is there anyone we missed? Share them with us in the comments!

RELATED: Am I Trans? Figuring Out Your Gender