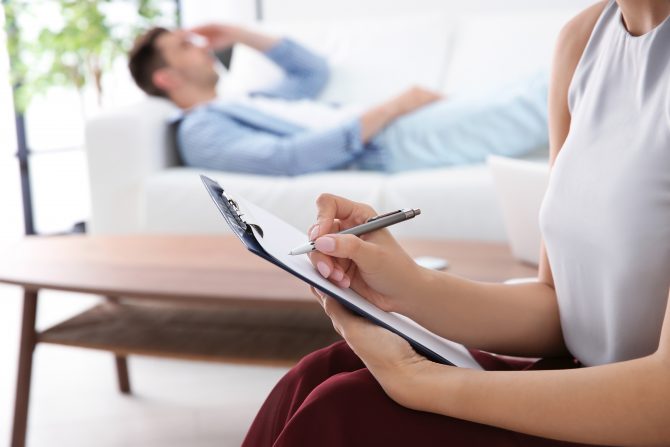 Therapists typically offer their clients clarity, but one guy says he left his third session with a psychoanalyst “really confused.” Why? She told him that gayness was a choice.

“In the meeting I had today, I told my psychoanalyst that being gay wasn’t a choice and that it was most likely genetic,” he wrote. “She looked very surprised when I said that and responded by saying that it was a choice and that the genetic ‘argument’ (if I can call it like that) was the one used by religions. This got me really confused. … I had to ask if she meant a choice or an unconscious choice. She stated that when she talks about choices, it’s always in the unconscious way.”

Commenters on the post, as you might expect, were appalled by what this Redditor reported — and not just because the term “unconscious choice” seems like an oxymoron. (Quipped one user: “I was unconscious once. I chose to lie around.”)

“I’d be very wary about continuing therapy with someone who thinks sexuality is a choice, subconscious or not,” one wrote.

“Seconded,” another added. “Psychoanalysis is only one form of therapy too, and pretty discredited. I prefer CBT due to its scientific backing.”

“Absolutely this,” one person said in response to the first comment. “Do not go back to this therapist.”

A different commenter wrote: “Don’t be confused. That person is wrong, period. No legitimate medical association considers it a choice either.”

Across a couple of edits to his original post, the Redditor clarified that his psychoanalyst never tried to “induce the idea that I could become hetero if I wanted to,” but he still said he’d “ask advice from another professional, to at least have a second opinion and then decide if I keep working with the current one.”

Here’s hoping he ends up with an LGBT-friendly therapist!