We’re no experts, but there’s got to be a better place to hash out your disagreements than a public Twitter feud.

Unless, of course, the goal isn’t actually to resolve anything…

Either way, former Helix performers Levi Rhodes and Eli Bennet really got into it after Rhodes accused another performer, Jesse Bolton, of injuring him. If this is already sounding messy, just wait.

According to Str8Up (link not work friendly), Rhodes kicked things off by sharing a selfie with a bloodied eyebrow, claiming Bolton struck him over a fight that was somehow about a cellphone charger and an OnlyFans collaboration between Rhodes and Boltons boyfriend, Jax Thirio: 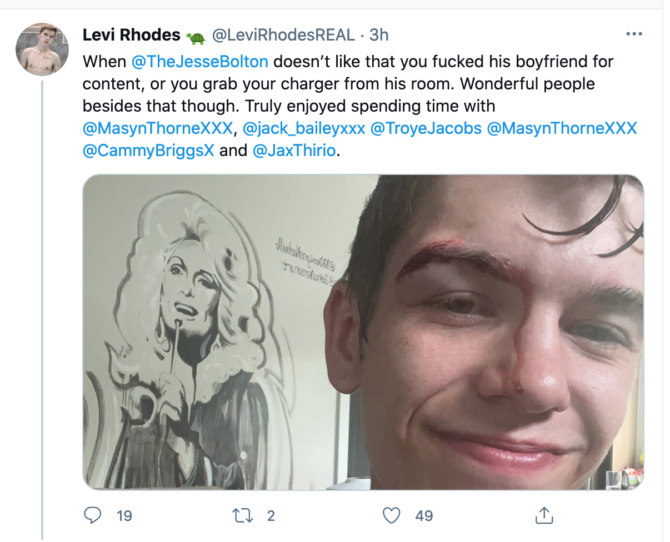 Bolton shared a different account of events, claiming it was an act of self defense: 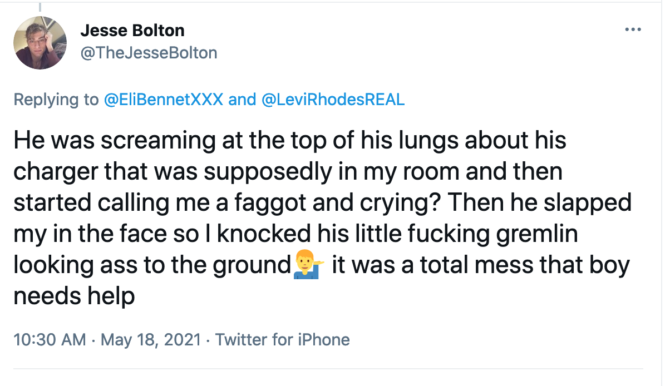 But that was just the start of things. After seeing Rhodes’ post, Eli Bennet shared a story (and another bloody face photo) of when Rhodes hit him on a Helix set earlier in the year: 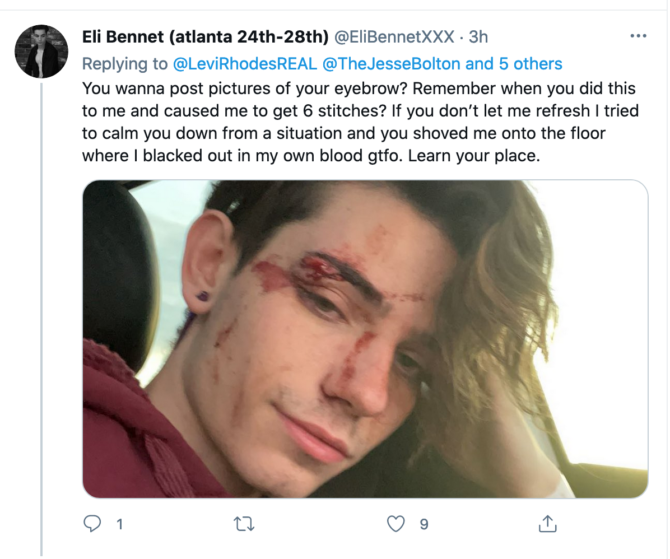 Then Bennet shared that Rhodes used the n-word in response to being called out: 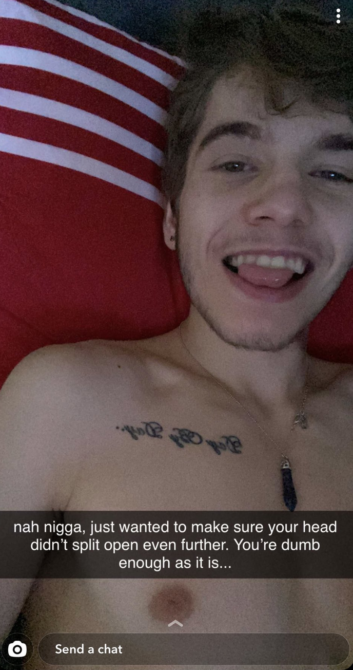 He also posted the actual video:

When I tried to be the bigger person and give you the benefit of the doubt then you wanted to literally be psychotic and harass me? It’s just funny how I wasn’t responding and you kept popping off. Log tf out change your password and never log back in. You’re done GOODNIGHT ? pic.twitter.com/4gClNcMcUg

Rhodes fired back with a cringey tweet defending his use of the word in which he claims to be “blood related to African American families” and “Indian, meaning browner than most”:

Only then was Rhodes apparently “done with the drama” for the day:

Afterwards, another performer, Miles Pike, shared screenshots from a conversation with Rhodes about the events. Highlights include Rhodes doubling down on his use of the n-word, becoming indignant over his mis-colored eyes (they’re not blue, they’re “hazel if not green to brown”), and not knowing what “POC” means (“who is poc?”):

Welp I tried to help I really did but here y’all go ? if you truly support fighting racism and misogyny unfollow @LeviRhodesREAL please ? pic.twitter.com/UNCnGLw4uW