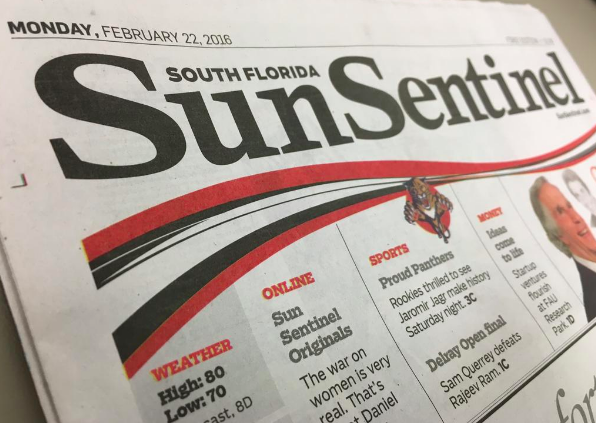 The South Florida Sun-Sentinel gave its 264k Twitter followers quite the treat in the early morning hours of Sunday, July 28 — mistakenly sharing a photo of a hairy-chested, Speedo-clad man in a tweet about the rescue efforts of a 100-year-old house.

Related: Newspaper publishes bizarre ‘how to spot a gay’ checklist

The newspaper, which won the 2019 Pulitzer Prize Gold Medal for Public Service this year, acknowledged its gaffe a few hours later, commenting, “Well, clearly this wasn’t how this tweet was supposed to go!”

How a nearly 100-year-old house will be saved by moving it across town https://t.co/F1vqJgJTEv pic.twitter.com/K9VZ876Vnt

Nevertheless, Twitter users were thrilled by the sight of the shirtless hunk.

“This old house still has good bones,” one wrote. Another commented, “Nice house. I would buy it.”

The link in the tweet leads to a Sun-Sentinel article the sexy photo was probably meant to advertise, a story about Key West’s annual Tropical Heat festivities, during which the “longtime LGBTQ destination” will be “overrun with bearded and hairy men again.”

But hey, if the newspaper teased more of its articles with images of nearly-naked fellas, perhaps they’d see a bulge in readership!