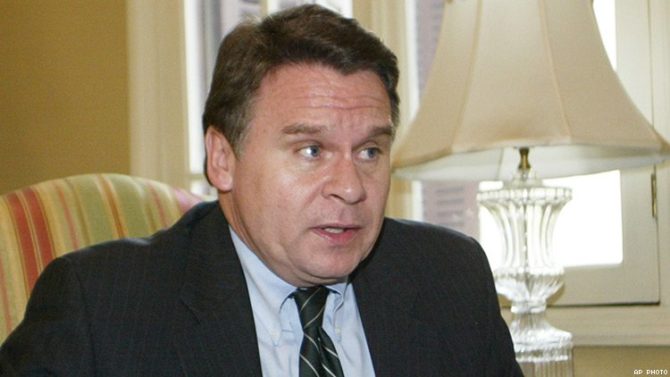 Someone tell this guy he’s not helping New Jersey’s reputation.

New Jersey Rep. Chris Smith, who has served in Congress since 1980, told a group of high school students that he thought orphanages provided a better upbringing for children as opposed to a loving household with gay parents. A student even caught the remarks on tape.

Smith stopped by Colts Neck High School to address his constituents and answer student questions. One student, Hannah Valdes, began recording the GOP Rep.’s answers after he made a remark about studies that show children with gay parents do not grow up healthy. On the contrary, studies have frequently shown that children growing up with loving, gay parents grow up just as healthy, happy and well-adjusted as kids with heterosexual parents.  Valdes, who has a gay sister then decided to challenge Smith.

Valdes asked Smith if he thought her gay sister, somehow made a for a less “legitimate” parent because she’s in a relationship with another woman. At first Smith tried to dodge the question noting that the Supreme Court had legalized marriage equality, and that gay Americans have a right to adopt children under the law. In reality, a number of states have laws that allow religious organizations to deny adoptions to queer people. 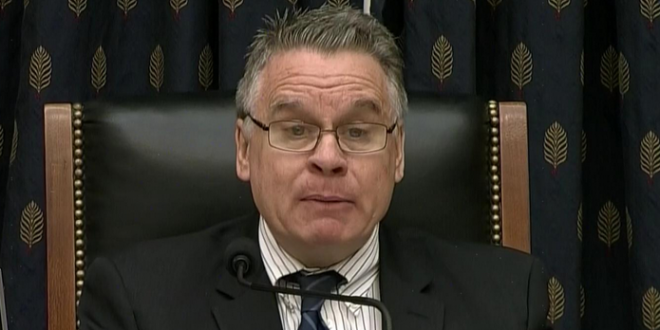 Valdes continued to press the issue, asking if opposite-sex parents provided better care to children than gay parents. Smith’s answer: “Somebody mentioned orphanages before. I mean, orphanages are still a possibility for some kids.” At that point, administrators cut in to change the topic, but the Q&A derailed anyway. As students began to raise their hands with questions about what Smith had said, faculty abruptly ended the session. Colts Neck High has a number of out-LGBTQ students, and a LGBTQ club on campus.

Hannah Valdes later provided the recording to The Washington Blade, along with an explanation. Valdes explained that:

“Prejudice in our hallways is not tolerated, so it was shocking to have an elected official — a congressman no less — stand in front of hundreds of students, openly shaming the LGBT community. I knew that there were multiple students in the auditorium who were a part of the LGBT community, and that they were simply too scared to say anything to this congressman. In a situation like this, I just simply could not stay silent.”

Smith’s voting record includes support for a constitutional amendment banning marriage equality, laws permitting businesses to fire gay employees and opposition to gay adoption. He’s also supported an amendment that would allow the military to deny healthcare to transgender service members, and co-sponsored a bill that would allow for anti-LGBTQ discrimination on a federal scale.

Listen to the exchange:

Posted by The Washington Blade on Wednesday, September 12, 2018