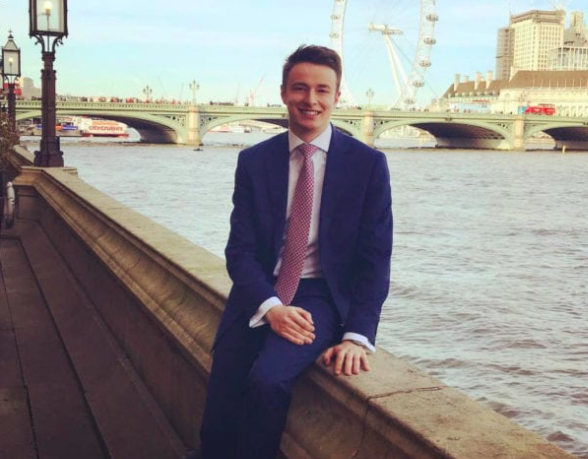 This just in: Queen Elizabeth’s first openly gay footman just quit his job after Royal Household management demoted him for being too much of an attention seeker.

It’s the footman’s responsibility to travel in the carriage alongside the monarch. He also does things like walk her dogs, take in her mail, and pass her things that aren’t within arm’s reach.

Nice work if you can get it.

But apparently there’s only room for one queen in Buckingham palace. Because now The Sun is reporting that royal management recently demoted Roberts because he was “overdoing the press stuff.”

Apparently, Robert was posting too many selfies on Instagram and appearing in too many stories in the gay press and they felt it was all just too too much.

So they demoted him back to being a regular old footman.

“Ollie was informed he had been overdoing the press stuff and they knew he was behind articles and gossip pieces,” an insider tells The Sun. “They told him his profile was becoming too high and he wasn’t there to draw attention to himself.”

Roberts reportedly “thought about it for a couple of days then decided he should quit.”

Roberts made his first public appearance as the Queen’s footman in the Trooping the Colour in London. Before that, he served in the Royal Air Force.

Since quitting his job, Roberts has deleted his Instagram profile and has not issued any comment on the matter.

Related: This royal horse cavalry guard also happens to be one of the Britain’s busiest gay adult film actors