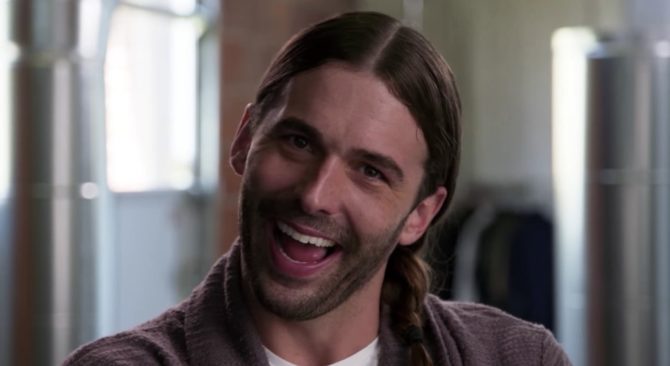 It all started when the 31-year-old hair stylist took to Twitter to comment on last Tuesday’s primary results:

Luckily a lot to extreme right people won yesterday, meaning that if we can come up w center left candidates we can take back the house & senate, not to mention many state legislatures. It is so important for the left to not go too left or we are done for.

Also if you’re upset at a tweet I made leave gurl bai! Being able to compromise is what’s missing from both sides of the American political situation & the sooner we all get to a place of mutual understanding the sooner we will get out of this mess.

It was Van Ness’ remarks about coming to “a place of mutual understanding” that got people fired up.

take it from a fellow white gay person; we still have a LOT of privilege here, and there are a lot of people we need to be listening to. and telling your fans, who are largely minorities, that they need to recognize the very fine people on both sides is not the way.

And what is there to compromise over? A failing system that serves only the privileged? Gurl bai! pic.twitter.com/7zxYUMXnUB

I really disagree. When we compromise our beliefs and values for votes, we’re putting a political pricetag on the wellbeing of working class and marginalized communities.

Van Ness responded to the criticism by posting a video further explaining himself.

Unfortunately, this didn’t do much to quiet the twitterstorm.

I hear you but what do I need to compromise on? My access as a woman to healthcare? My husband’s rights as an immigrant? My friends rights as members of the LGBTQ community? My friends of color’s safety? None of the things I want are extreme. I shouldn’t have to compromise.

Tbh tell that to our queer ancestors who fought and DIED for us.

The ACT UP activists sure didn’t save millions of lives by appealing to the center.

Marsha and Silvia sure didn’t free us by appealing to the center.

Eventually, Van Ness came to realize that engaging in political debates with random people on Twitter is futile, comparing the whole thing to “antiobotic resistent stds”:

I swear to god having a conversation on Twitter is nastier than antibiotic resistant stds, be kind when you can y’all. It’s rough out there.

What do you think of Van Ness’ perspective? Sound off in the comments section below…