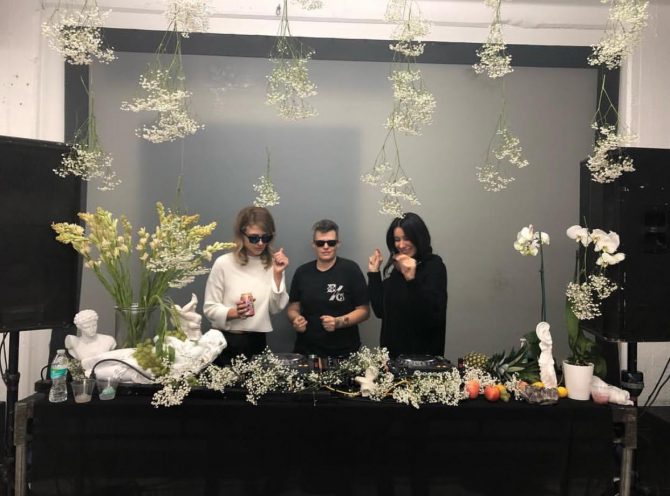 Southern California is one of the most diverse places in the world. Home to Los Angeles and San Diego, it is made up of 23,800,500 people, making it one the most densely populated regions in the United States. There are 1.5 million LGBTQ people living in California, and 39% of those live in the LA area, making it the second queerest region in the US next to New York City.

It has not always been easy to find committed representation for California’s diverse and queer population.

Dusk, a new music festival taking place in the Pauma Valley Region of Southern California, in a lush campground on Native Land with a small river running through it, is looking to change that.

The promoters of Dusk have made a commitment to diverse, female, and LGBTQ representation.

“Having a queer, female, diversely represented experience is more important than ever with the rise in the non-separation or blurring of the lines between church and state and the divisive politics we are being presented with in the media right now,” the promoters of Dusk tell me.

“We are experiencing a return to puritanical ways. As an almost all female-backed team we felt it was important to create a space for everyone to belong and feel welcome. We want to convene together and celebrate the things that unite us–in the case of this festival, it’s the music and the joy of celebrating life. It’s all our duties to foster unity around this festival–it’s almost the biggest act of rebellion you have when society at large is presenting the opposite.”

With LGBTQ and female-focused DJs, Dusk is living up to its goal of creating a safe environment for those of us who have not always found representation in the more mainstream venues. 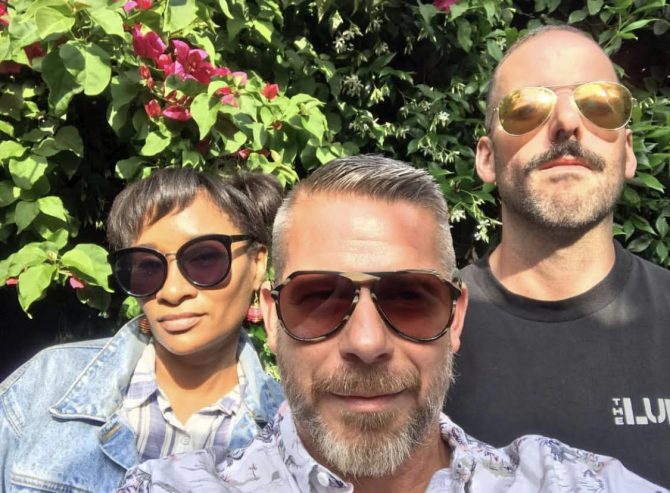 The Festival organizers, Jeniluv, Masha, Heidi Lawden and Stephan Rivera have been throwing parties and events in LA for over a decade, but they all shared a common dream: to create a utopian space full of life-affirming music for revelers and friends set in the natural beauty of Southern California.

“As part of our goal to create a safe, liberated space with a mixed line-up of queer, female and international and local artists we decided to list our artists alphabetically in order to challenge this idea of hierarchy in billing and focus on equality.

“Dusk is unique for Southern California in that we are presenting what is essentially an underground line-up in a festival setting. A lot of local artists are overlooked on the big-ticket events that have started to occupy most promoters’ focus, so we are responding to that. We are a mostly female-run festival on the back end, with almost all of our senior rolls even on show days being occupied by female or female-identifying queer women. Our line-up is also diverse in terms of gender and sexuality.”

All you have to do is take a look at some of the featured Artists (Kathi, Elena Colombi, Surround, Massimiliano Pagliara, Chris Cruse, Bears in Space) to realize that Dusk will be not only featuring some of the best underground DJs and artists out there, but also staying true to their commitment of representation.

In this day and age of political upheaval and persecution, it is important that we not only feel safe together but that we remain visible.

The people behind Dusk are doing their best to make sure we have the opportunity to be true to who we are, in a safe and liberated space, where we can all come together to party and dance and be as queer and as loud as we want to be.

What’s more radical than that? 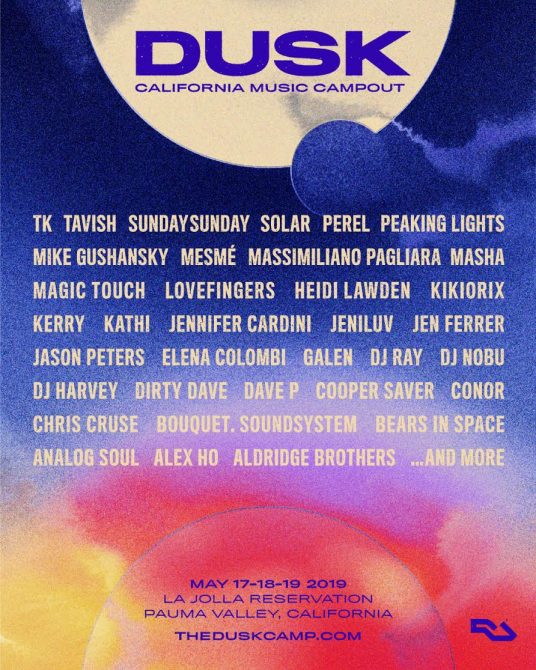 Dusk will run from Friday, May 17 to Monday, May 20th. For tickets and more information, you can visit their website.