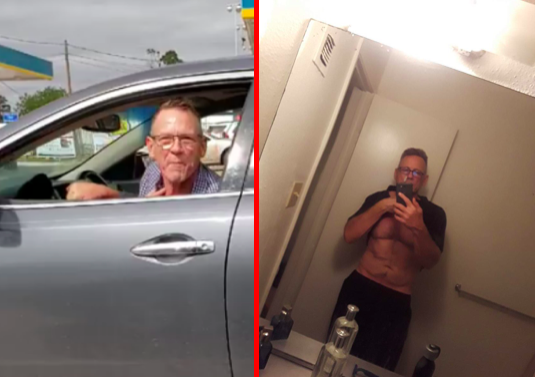 A Latina woman from Houston was minding her own business when an enraged middle-aged white man pulled up beside her at a red light and began shouting racist and misogynist remarks at her.

Santiago Mayer uploaded video of the incident to his Twitter page last week. He says it was recorded by his friend’s mom, Janet Espejel, last Thursday, who filmed the man insulting her while her young daughter, a toddler, sat in the back seat.

Can we make this pleasure of a guy famous? Twitter is good at taking down racists. Took place in Houston. @MollyJongFast @krassenstein @EdKrassen @MattNegrin pic.twitter.com/Bbh5BpFfRP

“You’re driving in two lanes, you stupid b*tch!” the man screams. “That’s not how we drive in America. Trump’s deporting your stupid cousins today, b*tch!”

But he doesn’t stop there. The man continues verbally assaulting Espejel until the light turns green, calling her an ugly, tacky, stinky, skanky b*tch then telling her to learn English before cackling obnoxiously.

“Stop driving in two lanes, anyway, Miss Thing,” he barks. “I’m not that stupid, b*tch! Take all the pictures you want, b*tch. You’re ugly, you need a gay friend to help you with makeup and clothes!”

The man has since been identified as Charles Geier. A screenshot of his social media page began circulating over the weekend before the account was deleted. 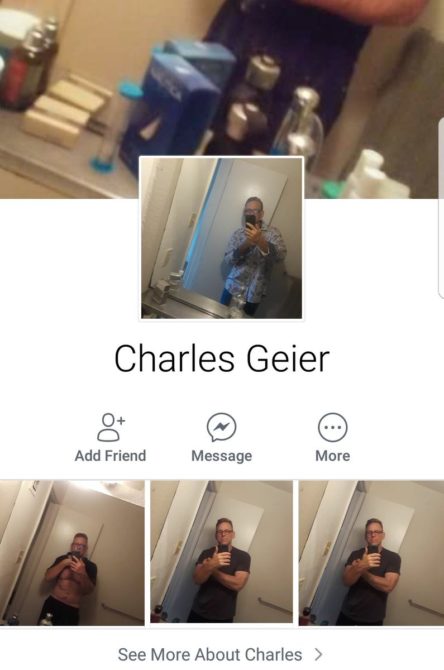 Ironically, Espejel, who has been a U.S. citizen and Houston resident for almost a decade, was on her way to early voting.

She told her local Houston news station KHOU-TV that she has since filed a police report and requested an apology from Geier.

“We have to stop all of this hate,” she says. “Speak up. Don’t be afraid. That’s the only way that we can stop all this hate is just showing and exposing the people because I think the majority [are] good people that don’t want this to continue.”

Related: Twitter blasts “toothless racist” Charles Geier after he chases down Latina woman with his car