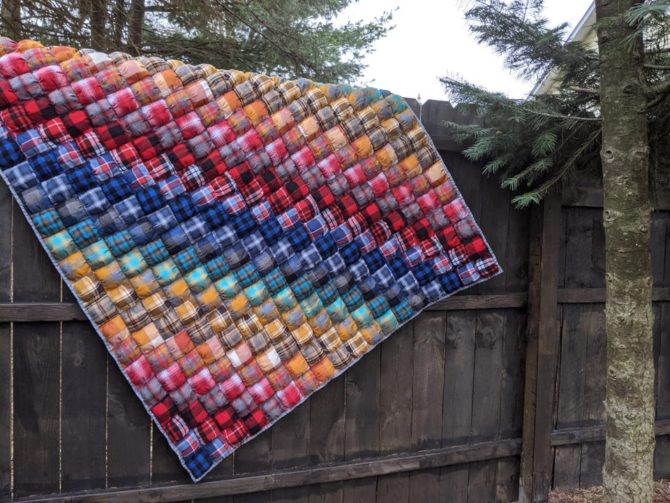 We gays know that our favorite color has to be all the colors, the word “flannel” is “the collective noun for lesbians,” so this Redditor’s rainbow flannel quilt is just about the best gift we could imagine for a same-sex wedding.

Related: Lesbian couple gets married in the street as guests watch from parked cars & sidewalks

“My lifelong best friend recently married her wife, and I made them this quilt for their wedding gift!” Reddit user enki_denver_peabody wrote on December 20, uploading pics of the cozy masterpiece.

My lifelong best friend recently married her wife, and I made them this quilt for their wedding gift! from lgbt

As you might expect, commenters on the post were blown away. “It’s a RAINBOW QUILT made out of FLANNEL?” one said. “This is the gayest thing ever, and I am so jealous. Your friend and [her] wife are lucky to have such a thoughtful friend!”

Related: Now you can see all 48,000 panels of the AIDS Memorial Quilt online

As Redditors raved over the handiwork, enki_denver_peabody shared the pattern and fabric line they used. “I would say it’s fairly beginner-friendly,” they wrote. “It’s just squares, and the puffs are pretty forgiving if you aren’t a precise cutter. The directions are straightforward, and there’s a video, so it should be easy to follow for a beginner. … That being said, this thing is bulky, and I had to wrestle with it a bit as I was sewing. I think it cost me roughly $150 or $200 but I have a fair amount of fabric leftover.” 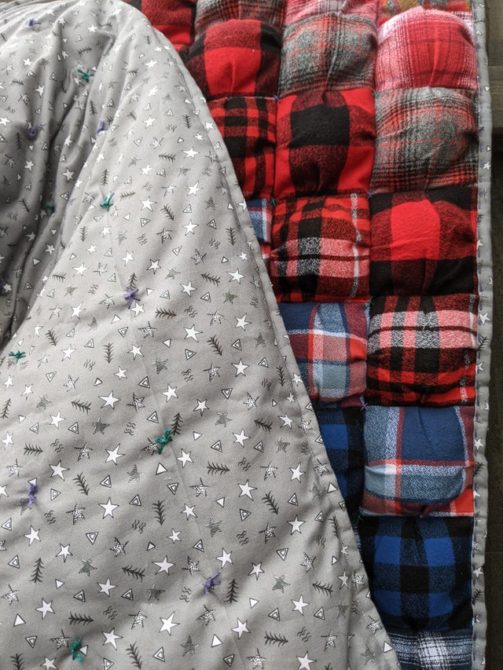 And when a Redditor asked enki_denver_peabody if the quilts are available for sale, the sewing star replied, “I’m flattered that you asked! I’m still relatively new to quilting, so I do everything slowly. I probably easily spent 100 hours on this quilt, so if I charged $10/hour, I’d have to price it at $1000, which doesn’t even include supplies. So, for now, I’m just making quilts for myself and friends. Plus, it’s a stress reliever for me, so I’m trying not to monetize it.”

Whoever the brides are, they sure are lucky!