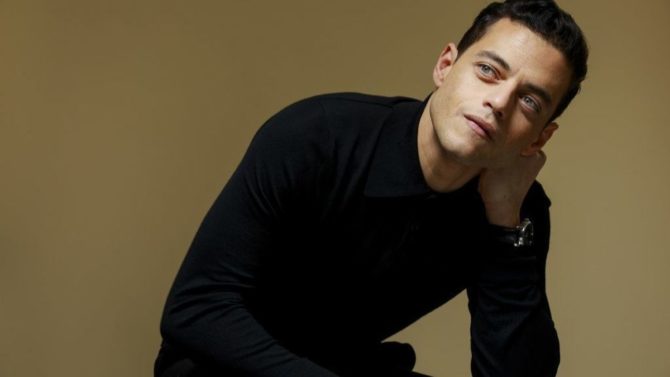 Bohemian Rhapsody has been collecting all sorts of accolades this award season, including winning the Golden Globe for Best Motion Picture-Drama and Best Actor-Drama, and being nominated for five Academy Awards.

Yet despite its tremendous success, it’s been hard to ignore the elephant in the room: The film was directed by Bryan Singer.

Many of the actors from the film have been criticized for not addressing or skirting around questions about Singer and his multitude of underage sex scandals. And during the Golden Globes, his name wasn’t mentioned once during any of their acceptance speeches, which was kinda awkward.

Now, fresh off his Oscar nomination for Best Actor, Rami Malek is finally opening up about it.

In an interview with the Los Angeles Times, he says he really “didn’t know much” about Singer prior to making the film.

“As far as I knew, I was considered before Bryan was even attached,” he says. “So I had my head down preparing for this for about a year ahead of time, and I never really looked up.”

“I didn’t know much about Bryan. I think that the allegations and things were, believe it or not, honestly something I was not aware of, and that is what it is.”

It’s no secret that filming of Bohemian Rhapsody was rough, in large part because of Singer, who was actually fired two weeks before production wrapped due to reported “erratic behavior” on set. Dexter Fletcher was rushed in to replace him at the last minute.

Ramek offers an interesting theory to the Los Angeles Times as to how the cast and crew made it through the tumultuous production.

“Somehow we found a way to persevere through everything that was thrown our way,” he says. “Perhaps that was Freddie himself doing it, because we wanted to make a product that was worthy of him.”

“Who knows? I’m just proud that this cast and crew collectively raised their game and we depended on one another. It was a testament to everyone’s spirit and courage and skill.”

Then, he adds: “One thing I will say about everyone–almost everyone–we never gave up. How about that?”

Related: Bryan Singer disputes being fired for screaming at his male lead