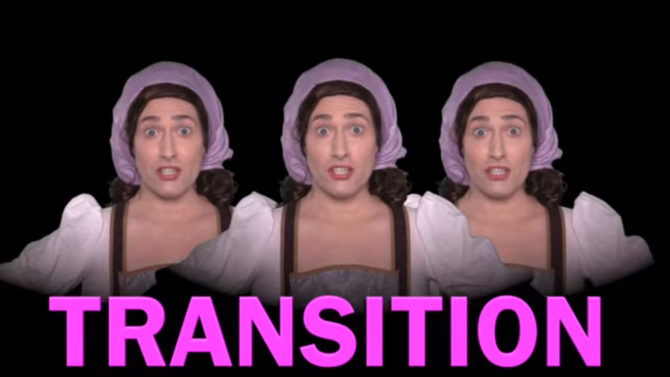 Comedian Randy Rainbow has returned–this time, by popular demand–to weigh in on this week’s attempted coup sparked by Donald Trump.

“There are rules that must be followed,” he continues, “like my personal rule of not parodying a song I just parodied a few months ago. But you people won’t f*cking stop DM-ing me to request it, so here we are.”

Rainbow had previously parodied the Fiddler on the Roof tune “Tradition” as “Distraction” earlier this year, in which he blasted Trump for ignoring the ongoing COVID-19 pandemic.

Nevertheless, Rainbow has revamped the song once more, this time to comment on the horrifying acts of vandalism and sedition by terrorists. Apart from the word “sedition,” Rainbow finds some good use for other relevant terms such as “delusion,” “corruption” and “confusion.”

Have a look. Somehow, it’s still better than Trump and his thugs deserve.

An aside: anyone else think Randy looks a lot like Kate Winslet when dressed as a yenta?