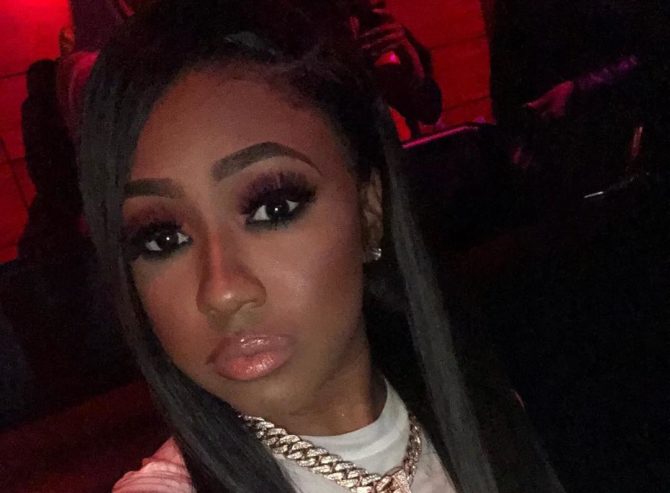 Not even three months after apologizing for a homophobic tweet from her past, Yung Miami said she doesn’t know why people were offended.

Miami, one half of the rap duo City Girls, posted the inciting tweet in 2013. “Boy Oh Boy,” she wrote at the time. “If I Ever See Any Type Of Gay Sh*t In My Son Imma Beat That Bo So Baddd!!!”

#YungMiami from #CityGirls speaks on an old tweet that’s been surfacing ?

In August of this year, after Miami gained prominence through her vocals on Drake’s “In My Feelings,” the tweet came back to haunt her, and she promptly apologized.

“There is an older tweet that has been going viral of me speaking on how I prefer that my son by heterosexual rather than being gay,” she wrote on Instagram. “I understand how it can be seen as offensive to the LGBTQ community. I also realize how insensitive my comments were to my fans and followers. I want everyone to understand that I personally didn’t mean any harm by saying those comments about my son’s sexuality. My deepest apologies and heart goes out to those who have seen that tweet and were offended by that.”

Related: Pro gamer claims he didn’t know the f-word was a homophobic slur because he’s from London

Miami then tried to clarify the tweet this week while appearing on radio show The Breakfast Club.

Despite claiming love for gay people, Miami again emphasized how much she hopes her son will be straight. “Just being a mother, I wouldn’t want my son dating the same sex, but I’m around gay people all the time,” she said. “My stylist is gay, my cousin gay, I love gay people. My favorite cousin that died was gay. That don’t mean that I have nothing against gay people ’cause I don’t want my son to be gay.”

Then came the kicker: “I mean, I apologized for it. I don’t know why they took [offense],” she said.

To recap, Yung Miami doesn’t know why people found her homophobic tweet offensive, just weeks after saying she can “understand how it can be seen as offensive.”