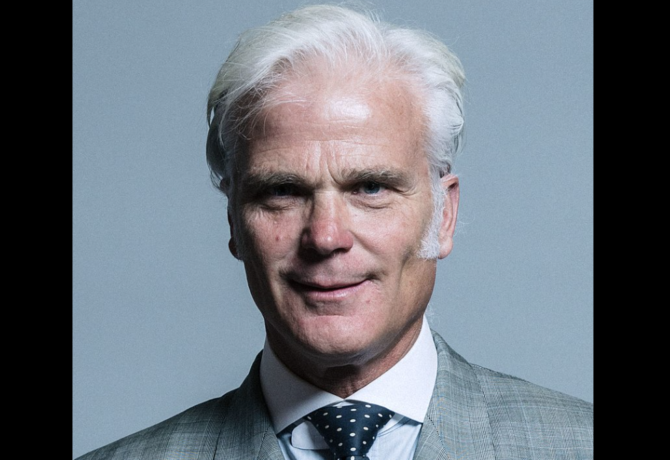 Sir Desmond Swayne is a Conservative Member of British Parliament with a history of anti-LGBTQ votes and rhetoric. In a recent posting to his blog, he blamed his past views on “intellectual laziness.”

The 64-year-old Tory MP for New Forest West, who was a senior aide to former Prime Minister David Cameron, called his antigay past “shocking.”

At the time, he said matching the heterosexual age of consent would “serve to entrap a small number of young men in a lifestyle that is gross and unnatural, and who might otherwise have led a life that was not blighted in that way.”

Swayne also supported a ban on promoting homosexuality in schools in the ’90s and into the 2000s.

He has since changed his tune, and on Feb. 11 published a blog post titled: “How I Came to Recant.”

“My transformation from extreme social conservative to libertarian deserves some explanation,” he wrote.

“How was it that I opposed those measures only to become the champion of the Equal Marriage Act, the Lord Commissioner responsible for whipping it through all its stages in the Commons?”

“I put my original prejudice down to intellectual laziness,” he explained. “I simply never challenged, or even thought about the views that I held.

“Furthermore, when I received a very large correspondence in support of my position and against the liberalising measures that we were debating, it was so much easier to simply reply by stating that I agreed with them, rather than investing any intellectual effort in the matter.”

Swayne also made news last month when he told anti-vaxxers to “persist” against COVID restrictions, adding that the NHS was manipulating data to make the pandemic seem more serious than it actually is. No evidence supports this claim and he refused to apologize for the comments.