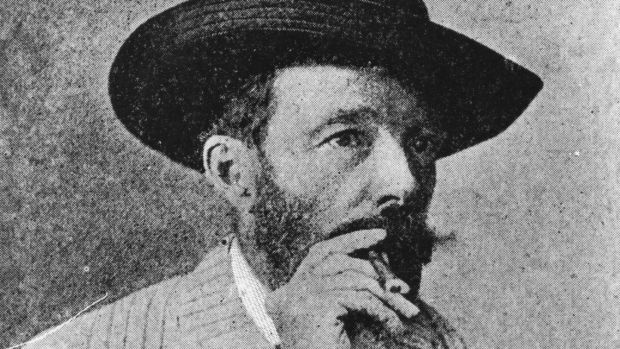 Researchers were stunned to recover a rare, original copy of an 1873 essay promoting the morality of same-sex relations.

Titled “A Problem in Greek Ethics,” the essay was written by the English poet and cultural historian John Addington Symonds, who only published ten copies for fear of the work getting into the wrong hands.

Homosexuality was very much a crime in 19th century England, and the essay, which praised the ancient Greeks’ acceptance of same-sex relations, could have landed Symonds in prison.

In the near century-and-a-half since it was written, five copies were thought to have survived. But then researchers at Johns Hopkins University made a startling discovery — a sixth copy.

Gabrielle Dean, a curator at the university, was researching for an exhibit called “Queer Connections: The Library of John Addington Symonds,” when a simple Google search yielded the unlikely find hiding in plain sight on a rare book dealer’s website.

“I was like, ‘Wait, is this even possible?’” she recalled.

Originally given to British scholar and explorer Sir Richard Burton, the copy spent over a hundred years traveling between private collections and is now on public display for the first time ever.

Related: 10 Queer History Spots To Check Out In Los Angeles

Symonds was gay himself, despite marrying a woman and fathering four children. Though largely forgotten, he was quite famous during his lifetime and is credited with influencing the work of Oscar Wilde.

“The book is a relic from the front lines of some of the first battles over gay rights. It has a kind of sacred character to it,” Shane Butler, director of Johns Hopkins’ Classics Research Lab, told the Baltimore Sun.