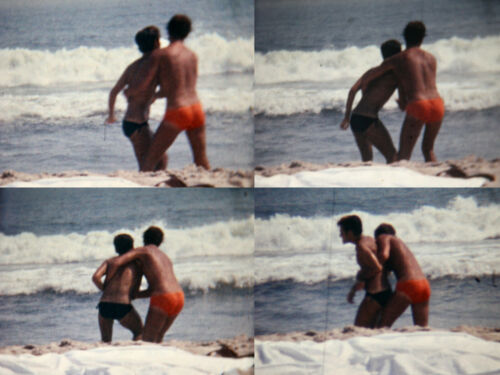 Home movie enthusiasts, take note: Those old videos could be worth some big money one day!

Rare footage of a mock gay wedding on Fire Island recently sold for a whopping $980 on eBay. The footage, taken sometime in the 1960s, shows two men–one in a wedding dress–undergoing a marriage rite before a group of joyful onlookers.

The same reel also shows two men in speedos wrestling, men in swimsuits hanging out by a pool, and another scene of men engaging in some kind of… bondage play? 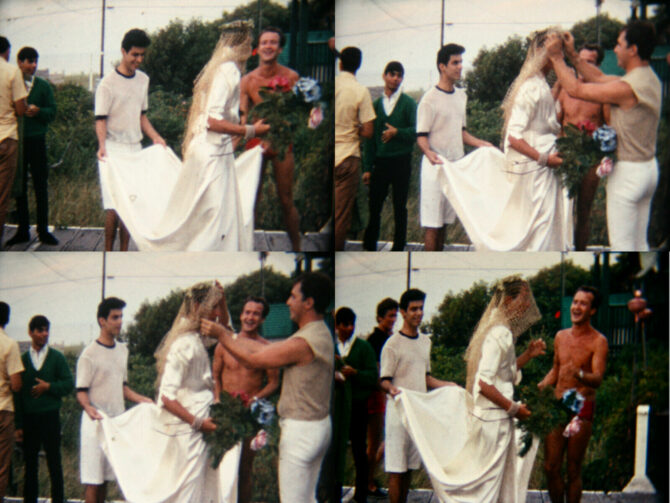 Before you get too excited, the eBay listing specifies that the film contains no footage of sexually explicit acts. It also states that the origins of the footage is unknown, though the Fire Island locations are clearly identifiable.

“While you do see some women & children the bulk of the 3in 8mm home movie features gay men at the beach,” the listing reads. “There is no nudity no sexual acts this is a HOME MOVIE.”

Related: WATCH: Some of the ‘trouble’ you can get up to in Fire Island

The footage in question offers a rare look into the pre-Stonewall era of LGBTQ life. At the time, queer people could only live openly in a handful of pockets around the country, as gay sex was outlawed. Even the insinuation that someone could be gay could destroy a career. 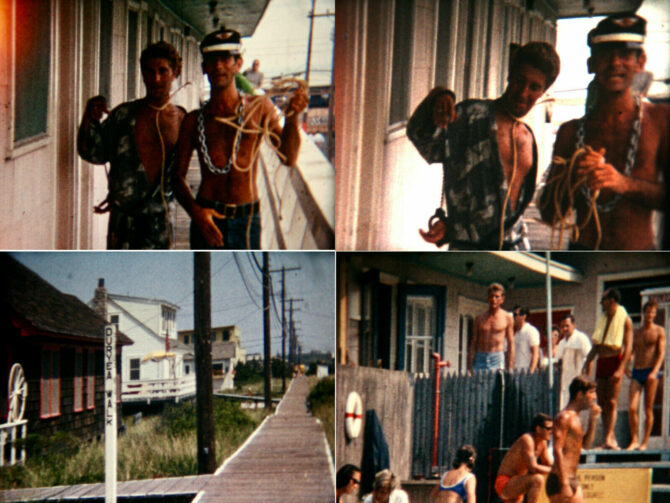 Fire Island became one of those havens for LGBTQ people thanks to its isolated location and beach scenery. It remains very popular with queer vacationers today.

Given the danger in filming queer people living openly–and the danger in the recording said activity–the historical value of the footage in question is very high. Here’s hoping somebody who paid for it gets it digitized and released to the public.