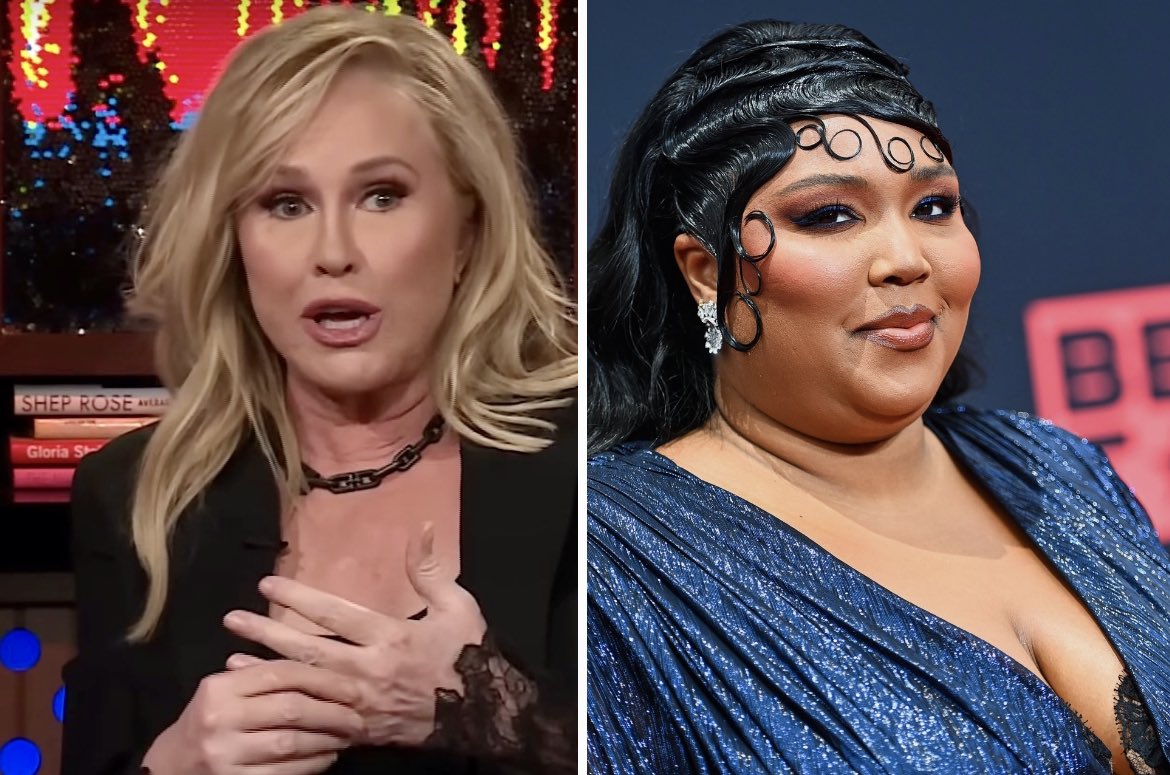 A comment from Kathy Hilton on Watch What Happens Live last night has people on Twitter calling shade.

During a segment aptly called “Will! Kathy! Know Them!?”, Hilton was shown a picture of pop megastar, Lizzo.

Precious, as in the abused, partially literate, fictional character portrayed by Gabourey Sidibe in the 2009 film.

Sidibe and Lizzo bear no resemblance past being plus-sized Black women — not that Hilton even offered up the name of the actress.

Instead, she opted for the character name that any big Black girl who was in school in 2009 can tell you was used derogatorily.

Now, I know Kathy Hilton doesn’t know much, but how the hell did she manage to confuse Lizzo with Gabourey Sidibe?
That certainly plays into the “we all look alike to them” trope.

If Kathy Hilton thought Lizzo was Precious (a fictional character from a movie which was adapted from a book by the same name) then she’s either:
1. A liar.
2. A lying idiot
3. Racist.
4. A lying, racist, idiot.

That Kathy Hilton clip is messed up and y’all know it is. Lizzo minds her own business but all people do is make her a joke and this time it wasn’t even intentional. This time she caught a stray and I wish someone would’ve stepped up and said something.

Precious isn’t even a real person and Lizzo looks nothing like her.. I don’t know what the fuck is funny. I expect the heehaw from the 3 glue sticks but the two black men laughing is pissing me off. I’m tired of the misogynoir & anti-blackness on this fucking network. https://t.co/mx8AXEVT2e

I know and 💜 Lizzo, didn’t know who tf a Kathy Hilton was till today. I see she is just another bitter racist who thinks disrespect is funny. Since I’m in a positive mood I’m going back to not caring about Kathy and listening to Lizzo as I write.

The popstar shouldn’t feel the need to respond to this entire situation, but a strongly worded clapback certainly wouldn’t be out of the question.