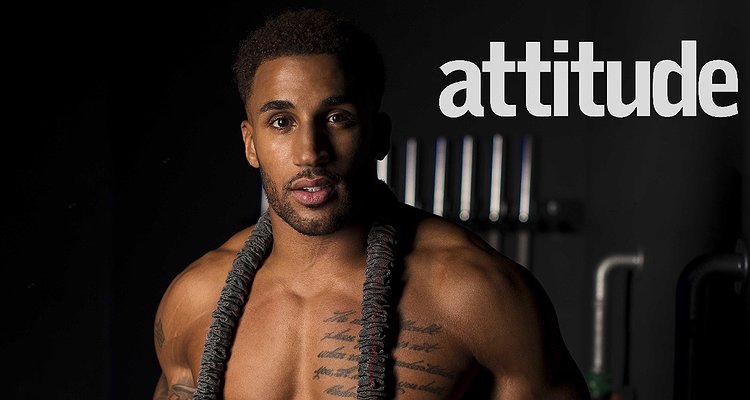 Ryan Cleary made headlines earlier this year when he came out as bisexual on the reality dating show Survival of the Fittest. Now, the 27-year-old is using his newfound platform to challenge the stigma that still surrounds male bisexuality.

“When I was younger I’d have loved to have heard someone on TV say they were bisexual and it not be an issue,” Ryan tells Attitude in a new interview. “I don’t think that’s shown on TV often.”

He continues, “I wanted to use that platform in a way that would help people if they were ever in that situation where they feel that they can’t express who they are to whoever they want and feel comfortable with it.”

Missed hitting the gym , I never fall of the waggon too long ???

Clearly is featured in the magazine’s summer issue, where he posed for a smokin’ hot photo shoot at KOBOX Boxing Club in London.

“You see [female bisexuality] in music videos and hip hop culture where girls are flirting with or kissing other girls and it’s looked at as cool but you would never see that with guys,” he laments.

This is damaging, he says, because it forces many bisexual men to remain closeted.

“I feel that some people hold back when they are bi and by holding back from those people who they are closest to, those people assume that you are straight.”

Smiling after an epic weekend,new week new goals let’s get it??

Cleary continues, “A lot of people who are bisexual are not open about it because it’s easy not to be if you are going more toward the heterosexual side of that bisexuality.”

“If you’re in a relationship with a woman but you’re bi, people are just going to assume you’re straight.”

“There’s such a broad spectrum within the LGBT+ community and then within bi and gay men, of masculinity and femininity. I feel they see only a certain way of what they perceive gay and bi men to be.”

get a life
33 comments