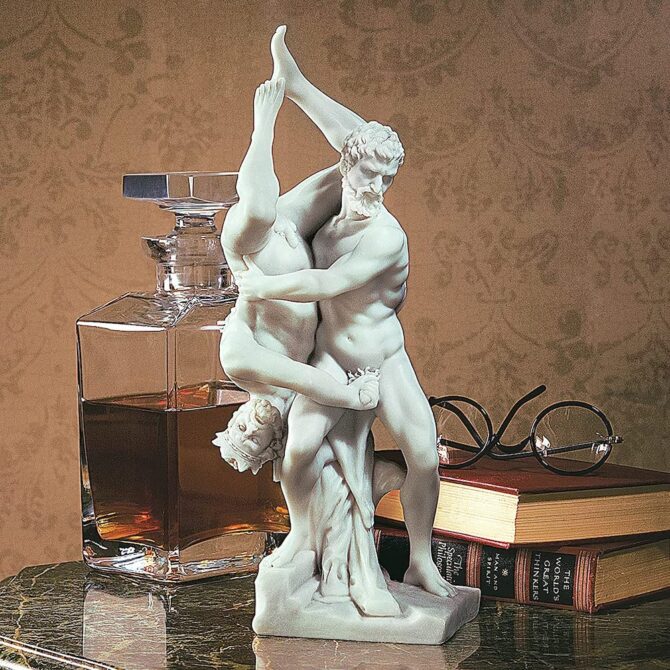 A statue of Greek hero Hercules holding the king Diomedes upside-down — while Diomedes clamps down on Hercules’ penis — has the r/gay subreddit in hysterics. “Mom, I swear it’s not what it looks like, we’re just friends,” one user wrote, captioning an image of the sculpture.

“I wish someone would hold me this way,” another person wrote.

One Redditor pointed out, meanwhile, that a replication of the statue is available on Amazon. (And in that copy, Hercules’ heroic body part seems to be even more pronounced, if that’s possible.)

According to the Web Gallery of Art, the statue Hercules and Diomedes is one of six statues that the sculptor Vincenzo de Rossi made for the Salone dei Cinquecento, in Palazzo Vecchio in Florence, Italy. 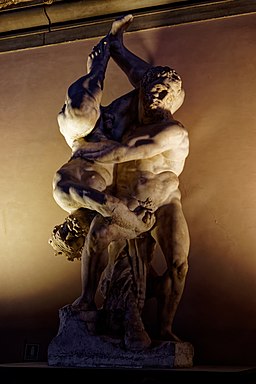 Tufts University’s Perseus Project, meanwhile, explains the backstory (without mentioning the handsiness). Greek mythology has it that Eurystheus, the king of Tiryns and Mycenae, tasked Hercules with twelve “Labors” as penance for killing his wife and children in a temporary bout of insanity. As one of the Labors, Eurystheus sent him to retrieve the man-eating mares of Diomedes, king of the Bistones tribe. And legend has it that Hercules killed Diomedes by feeding him to his own horses.

Related: Why size definitely didn’t matter to the Ancient Greeks

Anyway, the statue makes not one but two appearances in the Dan Brown novel Inferno, a book in the Da Vinci Codeseries, and Brown mentions the penile grip both times.

Langdon raised his eyes slowly to the far side of the room, where six dynamic sculptures — The Labors of Hercules — lined the wall like a phalanx of soldiers. Langdon intentionally ignored the oft-maligned Hercules and Diomedes, whose naked bodies were locked in an awkward-looking wrestling match, which included a creative ‘penile grip’ that always made Langdon cringe.”

The sculpture depicted the two heroes of Greek mythology — both stark naked — locked in a wrestling match. Hercules was holding Diomedes upside down, preparing to throw him, while Diomedes was tightly gripping Hercules’ penis, as if to say, “Are you sure you want to throw me?”