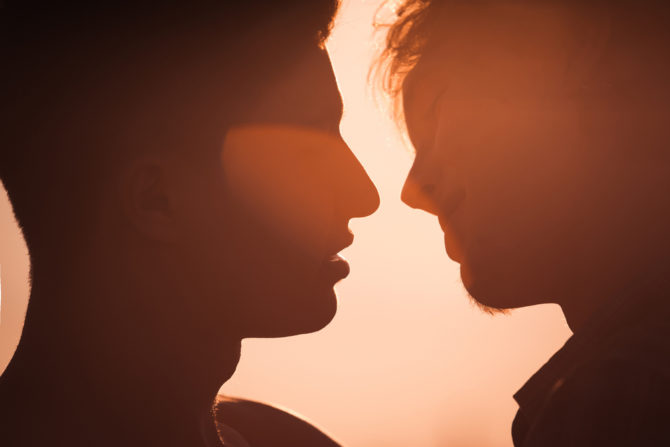 A Reddit user may have been expecting backlash when he posted a bold claim on the r/askgaybros forum: “Frotting is super hot and an insanely underrated form of sex.”

Instead, he only got endorsements.

“FROTTING IS BETTER THAN INTERCOURSE, CHANGE MY MIND,” another user wrote in a comment.

The term frot, meanwhile, has come to refer exclusively to penis-on-penis action. “Frot is most often done in a front-to-front embrace, where guys can kiss while rubbing c*cks,” Man2Man alliance founder Bill Weintraub, who claimed to have coined the slangy term, told the magazine. “The focus is keeping the erect penises in contact, because that’s what sex is: genital-genital contact.”

Related: Tops and bottoms, meet the dudes who call themselves ‘sides’

“It doesn’t even have to be foreplay,” another user added. “If done right it can be the main event.”

A third commented, “Totally agree. Feeling his d*ck on my d*ck is just the best.”

And yes, dry humping is a form of frotting. “I remember going overseas for three weeks, and when I came back, my boyfriend and I made out like we never did before,” one Reddit user recalled. “We grinded against each other and I came in my pants. Only time that ever happened since 13 years ago.”

Plus, accessories can be incorporated. “I think a double-headed Fleshlight would be hot, too,” another user speculated. “Especially if you came at the same time in it!”

And sometimes frotting happens in public spaces — even, gasp, straight spaces. “I was in a straight, crowded pub a long time ago before I had accepted being bi. I queued for a drink at the bar, which was super crowded. A guy came up behind me and pressed his bulge into my ass cheek. It was super hot, and I kept changing the weight from one leg to another to rub his bulge with my ass cheek. We both got served after about 20 mins and went back to our girlfriends like nothing happened. No words, just two guys doing unseen public frottage.”

Sounds like that other bar patron really rubbed off on that commenter!