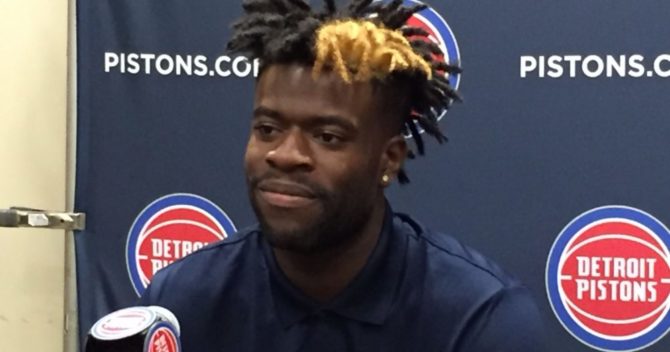 It was the tattoo seen around the world. Reggie Bullock, the Detroit Pistons player, displayed the name of his trans sister, Mia Henderson, inked on his right leg, making sure it was visible every time he hit the court in his uniform.

Henderson was stabbed to death in Baltimore in 2014, and Bullock has made it his mission that the tragedy of her death is never forgotten. Henderson was just 26, and and the man accused of her slaying was acquitted.

Bullock will address the GLAAD Media Awards in New York City. The athlete has quickly become a leading force for LGBTQ equality and visibility in pro sports.

Queerty spoke to Bullock before the awards about the legacy of his sister, homophobia in sports, and why change is coming slowly.

What is your message at the GLAAD Awards?

I’m telling the story of my sister’s life, and how her passing has inspired me to speak out. GLAAD approached me through the Detroit Pistons, and are helping me tell my story and my sister’s story of the need to accept the LGBTQ community.

I hear that you underwent the organization’s sensitivity training?

It was great. We went over all the terminology, and I’m trying to get up to speed. I’m a little more comfortable than I was before but still getting up to speed. I’m not perfect–it’s a process.

Do you think NBA players could benefit from the training?

Is it something I feel could be added to our media training. You never know when you come across someone from the LGBTQ community, whether it’s a sports reporter or a teammate or the family of a teammate. So it’s really important to use language that makes people feel included and not make any assumptions. 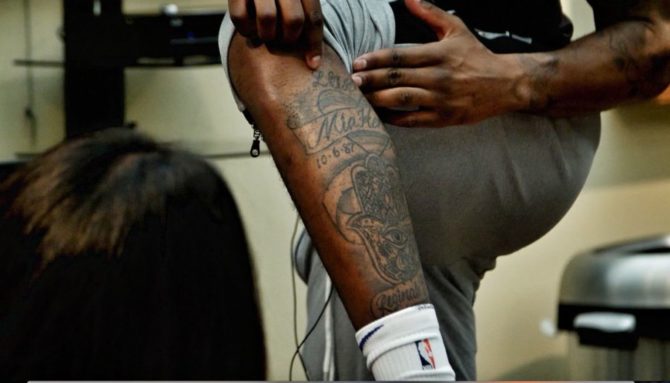 Do you hear slurs in the locker room?

I don’t really. I know that people do use certain words that do go against the LGBT community, and there are a lot of them just in the everyday world. But players don’t just go around using them. People around me know what I’m standing up for and just don’t go there.

Have you gotten support from fellow athletes?

Why not up close?

Everyone has their own views and their own lives. As long as they support me as a teammate, that enough for me.

But isn’t that distance why gay players don’t come out? They need close up support. I mean it says something that there are still zero openly gay athletes in the four major teams sports in America.

It’s a very personal decision for anyone, coming out publicly, and really everyone has to make their own decision. They have to want to send that message. I think the Michael Sam coming out created some backlash, and that may have set things back a bit. He lost his job. But seeing Adam Rippon and Gus Kenworthy coming out and being treated well was really great. I think things are going to get better. The major sports leagues have become more accepting. But we need to start integrating more LGBT people at every level to make everything equal. The kind of work GLAAD is doing with me will make a difference in the long run.

Not everyone is going to come along. But what I can do is keep telling my story about Mia.

Just woke up out a dream and thought about playing in a ? colored jersey to incorporate #LGBTQ into sports. @nba help me make it happen in my lifetime ??

Do you fear a backlash for appearing to be political like the way Colin Kaepernick and Eric Reid were in the NFL. They are basically jobless after refusing to stand for the national anthem to protest police brutality.

I’m a straight man standing up for LGBTQ. This is something I believe 100 percent. If a backlash comes with it, it comes. But as long as I stand up for what I believe, I know what I’m doing is right.