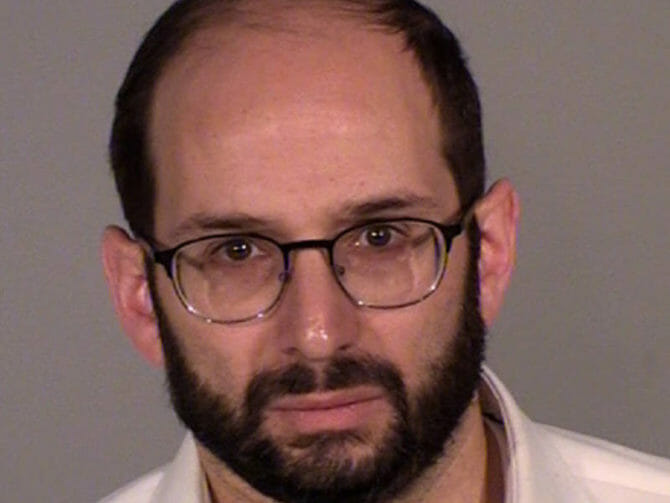 Another day, another religious leader caught behaving badly. This time it’s Aryeh Cohen, a 44-year-old rabbi from St. Louis Park, a suburb of Minneapolis. Charges were just filed against him after he was arrested in a sex trafficking sting earlier this year.

It all started back in February when Cohen struck up a conversation and exchanged explicit photos with someone claiming to be a 16-year-old boy on Grindr.

Little did he know, Cohen was actually communicating with law enforcement.

The agent mentioned several times he was 16 years old, with Cohen replying, “It’s a little illegal …” and describing sexual acts.

The agent arranged a meetup in a North St. Paul apartment building Feb. 1. Cohen was arrested by authorities in the parking lot after arriving, according to the filing.

While being arrested, Cohen allegedly told police “I sort of deserve it.”

At the time of his arrest, Cohen was working as a rabbi and youth outreach director at Minneapolis Community Kollel.

A spokesperson for the center issued a statement saying, “The Kollel is deeply concerned about the health and well-being of our students, staff, and broader community and we hope and pray for healing and wellness for all who have been or may be affected during this troubling and difficult time.”

Related: Priest says he “accidentally” took underage boy to gay bar, shared hotel room but they DID NOT HAVE SEX