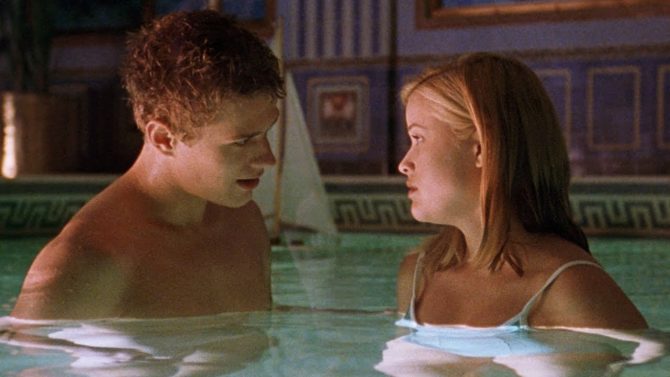 Cruel Intentions broke new ground for its frankness in dealing with teen sex (including graphic nudity) and teenage gayness (lesbianic scenes between Gellar and Blair are also a riot). Today, the cast list reads like a whose-who of soon-to-be stars: Phillippe, Gellar and Witherspoon lead a cast that includes Jackson, Selma Blair, Tara Reid, Sean Patrick Thomas, and Eric Mabius alongside showbiz veterans Louise Fletcher, Swoozie Kurtz and Christine Baranski. We speculate that the litany of talent involved, along with strong source material, helped elevate Cruel Intentions above other teen fare into the realm of cult classic. Gellar and Phillippe do some of their best big-screen work as the movie’s villains, and Phillippe’s posterior reminds us why it became one of the most discussed stars of the latter 90s.