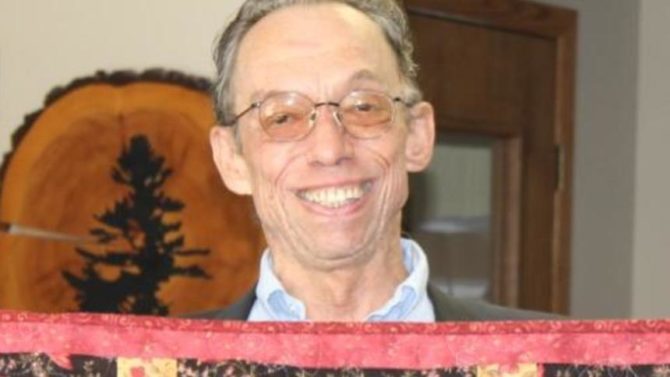 You probably have never heard of John. But if you have HIV and are surviving, if you are queer and care about social justice, and in particular class struggle and indigenous rights, you are standing, in part, on John’s shoulders.

Part Chippewa, John was a member of the Bois Forte Tribe in Minnesota. John did campus organizing against the Vietnam War, then worked with a community kitchen run by the Black Panther Defense Committee, a health center run by the Chicano Brown Berets, and with the United Farm Workers. He was at Wounded Knee.

That doesn’t have much resonance these days, which is stunning to those of us who lived through the seventies, because Wounded Knee was a big, big deal. American Indian activists occupied the location of the 1890 Wounded Knee Massacre for more than two months, standing off against heavily-armed federal agents. Look it up.

That is already an epic life, but for John it was just the prequel. Because John was a core AIDS activist from the very earliest years. He was a co-founder of ACT-UP East Bay in 1989, the Berkeley Needle Exchange in 1990, and the list goes on and on. When effective AIDS drugs finally became available, most AIDS activists from John’s generation (well, those few that were still alive) went on to other pursuits. Not John. He moved directly to working to make the new drugs available to people who had no access to them. As in: collecting them, loading them up on a plane, and physically taking them to where they were needed. I believe there is an orphanage in Uganda named after him because of this work. I suspect very few people know about that. John was not given to boasting.

I first met John in 1993 through a personal ad in a gay paper (yes, that was before the internet, before Grindr, before all of that). We met for coffee and I was stunned when he came in. He had full blown AIDS. He walked with great difficulty. His feet had collapsed and splayed. His face had caved in. His skin was leathery. He coughed a lot. He was going to get a shunt installed in his chest so the doctors could pour the drugs directly in. And yet here he was, cruising. I remember thinking what a pity that I had just met him because he was clearly an extraordinary person I would like to know, but why bother because he was going to die any day. That was how it was back then. You assumed, fairly, that when you saw people like that, you would never see them again.

And then he lived another 25 years.

The vast majority of gay men who had AIDS in those days either died before the new drugs came out, or took the new drugs and got better. John was part of a very small group who didn’t die but never got better. John had full-blown AIDS for 30 years. I don’t know how to convey what that is to those who have not been around it. One AIDS complication after another after another. Maybe you know what it is like to have terrible diarrhea. John had terrible diarrhea without a letup for 30 years.

Yes, that first time I met him I assumed would be the last time I would meet him, and I felt the same way every time I saw him for 25 years.

More than anything, John was a fighter. And he was unwilling to let AIDS take him out of the fight. There were AIDS profiteers to battle. Access to housing for people with AIDS to win. And so much more. If I were to look up relentless in the dictionary right now, I would not be surprised if the definition simply read: John Iversen.

Once he took a batch of AIDS drugs to Argentina where he discovered he could sing like Carlos Gardel. Soon he had a new sideline as a tango singer there.

If “Staying Sex- Positive During the AIDS Epidemic” had been an Olympic event, John would have every gold medal. Even as his body fell apart, became more and more disfigured, John the fighter was not going to give an inch to AIDS. Not politically. Not socially. And not sexually. Period. End of story.

John’s will to live kept him going even after decades of AIDS sapped his mental clarity. That was a lot of years of HIV in the brain. And all that fight in John, that had been so laser-focused for so many years on social justice, became scatter-shot. Like a canon on the deck of a ship that has become untethered and is shooting all over the place. Friends like me were tremendously sad over this, and baffled what to do about it.

The late artist Jerome Caja once said he felt like he had lost his place in the mortality line. Meaning: in his social circle there were many people with AIDS and a general sense of whose time would come first, second, and third, and that somehow he had lost his place in line and was alive longer than he should have been. He died shortly after saying that.

It is 2018. The time when the world is up for remembering people as giants of the AIDS epidemic is long past. If John had not lost his place in the mortality line so epically, he would be remembered as one of the pantheon of AIDS heroes. I hope he did not lose that as well.