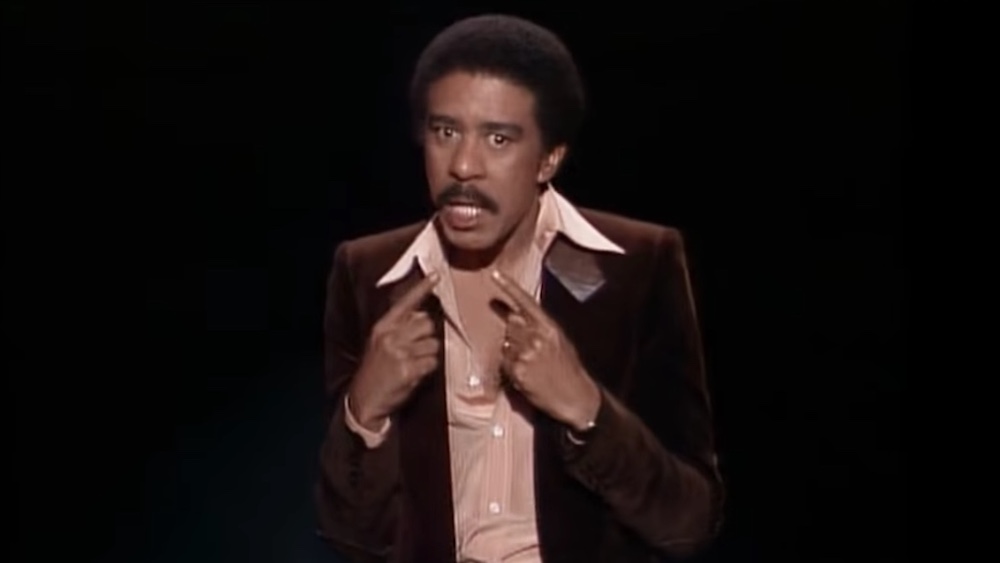 The new documentary I Am Richard Pryor—which recently premiered at the 2019 SXSW Conference & Festivals—mentions a same-sex affair that the legendary stand up comedian had with Marlon Brando. It also mentions the time that the comic insulted a mostly gay audience during his 1977 set at a Hollywood Bowl gay rights benefit.

News of Brando and Pryor’s affair circulated in February 2018 thanks to a Quincy Jones interview in which Jones said, “[Marlon] Brando used to go cha-cha dancing with us. He could dance his ass off. He was the most charming motherf*cker you ever met. He’d f*ck anything. Anything! He’d f*ck a mailbox. James Baldwin. Richard Pryor. Marvin Gaye.”

At the time, Jennifer Lee Pryor, Pryor’s fourth wife of five, said that Pryor “was always very open about his bisexuality with friends, and documented it extensively in diaries,” even though Pryor’s daughter, Rain, tried to deny the rumors.

“He wasn’t ashamed of it! And when people say, ‘Well let him rest in peace, Jennifer, what are you doing?’ then you’re not a fan, because Richard discussed this. He would be talking about it today if he were here. He’d be pissed off that Q was getting a hard time. He’d probably fill you in on the details!”

As for his 1977 Hollywood Bowl set, it happened at a gay rights benefit organized by lesbian comedian Lily Tomlin. During his set, Pryor told the audience:

“I have sucked a d*ck… It’s the first time in my life I ever realized that f*ggots are prejudiced, because I don’t see no n*ggers out here [in the audience]! And when the n*ggers were burning down Watts, you m*therf*ckers were doing what you wanted to do on Hollywood Boulevard and didn’t give a sh*t about it.”

As the audience booed him offstage, he concluded, “And kiss my happy, rich, black *ss!”

Jennifer says of the incident, “He was admitting that, hey, I’m kind of one of you—not necessarily one of you—but I know the party, I know what happens, I’m down.”

During his lifetime, Brando was somewhat open about his gay sexual experiences. In a 1976 interview with his biographer, Brando said:

Homosexuality is so much in fashion it no longer makes news. Like a large number of men, I, too, have had homosexual experiences and I am not ashamed. I have never paid much attention to what people think about me. But if there is someone who is convinced that Jack Nicholson and I are lovers, may they continue to do so. I find it amusing.

Here’s a trailer to I Am Richard Pryor.