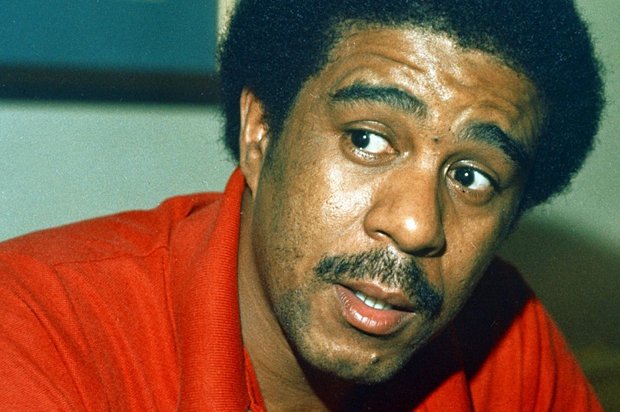 The daughter of Richard Pryor is clapping back at reports that her father had gay sex.

In an angry Facebook rant, Rain Pryor says Quincy Jones is “losing his mind” and after claiming her father would “f*ck anything,” including Marlon Brando and several other gay and bisexual men. Then she called anyone who believed the story a “thirsty dog.”

“Q, was once a brilliant music producer who is losing his mind, and decided to garner publicity for himself with a sensationalized interview,” she wrote, “and because y’all think and equate fame and money with decency, you ate it up like thirsty dogs, as he spewed out a lie about my father who’s not here to defend himself.”

“Then on top of it all, my dad’s so-called widow validated it, because she needs to keep legitimizing herself and tarnish our dad even after he’s dead,” she added. “She hated Q and Daddy.”

Oh, but it doesn’t end there.

A few hours later, Rain wrote a longer post in which she says her father’s relationships with a trans woman were not “newsworthy or notable” and that he definitely never hooked up with Marlon Brando.

“Daddy did NOT have relations with Brando,” she wrote. “There were no trips to his South Pacific Oasis, no flowers or love notes between. Not even a film role.”

It seems to us like Pryor’s widow has more authority to speak about his sex life than his daughter, but what do we know?

In an interview with Vulture on Thursday, Lee said her husband was very much a free spirit when it came to his sexual whims.

“Instead of putting labels on it, Richard just saw himself as a sexualized creature, who wasn’t afraid of exploration and experimentation,” she explained. “And in the ’70s, of course, we were all doing it.”

She continued, “He really discusses his bisexuality in a very nuanced and profound way. I should say his bisexual experiences. He didn’t consider himself bisexual, but he was very open about his sexuality and never put a label on it.”

We found this old video from one of Pryor’s standup routines in which he discusses having sex with men. Beginning around the 14:50 mark, he talks about openly having gay sex.

(Disclaimer: The language in the video might be a little shocking by today’s standards, so it’s important to remember not to separate it from its time.)

“Never fuck a f*ggot,” he says, “because they lie. They always say ‘I won’t tell.’ They lie. They can’t wait ’til you finish f*cking them. ‘Guess who was here, honey?'”

He also talks about performing oral sex on other dudes.

“I sucked a d*ck,” he admits. “You can get a habit from sucking d*ck. You know, become a d*ck junkie. You can only do it maybe three times. You do it more than that and you have a habit.”

Protect at all costs!
7