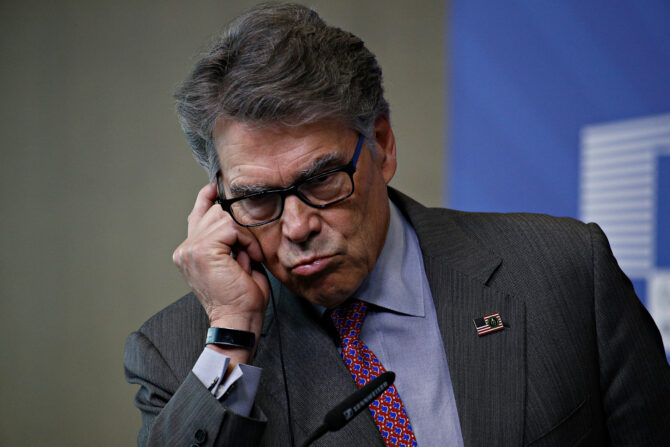 The texts add clarity to the GOP’s behind-the-scenes strategy to attempt to overturn Biden’s electoral victory, as well as the party’s reaction to the violence that ensued on January 6.

Even before the election was called, Meadows’ phone was blowing up with election fraud conspiracies, strategies for challenging the results and words of encouragement for the administration.

Related: Employees are spilling the tea about Fox News and they’re pissed

Though the texts were just made public, CNN previously reported that among the messages was one from former Trump administration Energy Secretary Rick Perry. Perry adamantly denied the reporting at the time.

Well, wouldn’t you know it, not only is there a text about a “silver bullet” to overturn the election sent from Perry’s phone just before the race was called, it’s actually signed “Rick Perry.”

“We have the data driven program that can clearly show where the fraud was committed. This is the silver bullet. Rick Perry,” Perry texted.

Folks had a lot to say about this ultimate dad move:

Remember when we thought Rick Perry forgetting the third thing was the stupidest moment? https://t.co/TrBai7pnHy

Some of the Trump Conspirators used burner phones.

Rick Perry not only used his actual phone, he signed off his conspiratorial texts with "Rick Perry."

Pro tip for Rick Perry: if you're going to send insurrectionist text messages from your own phone number and then try to claim that it wasn't really you, don't sign them "Rick Perry"

In fairness to Rick Perry, he only did this because: