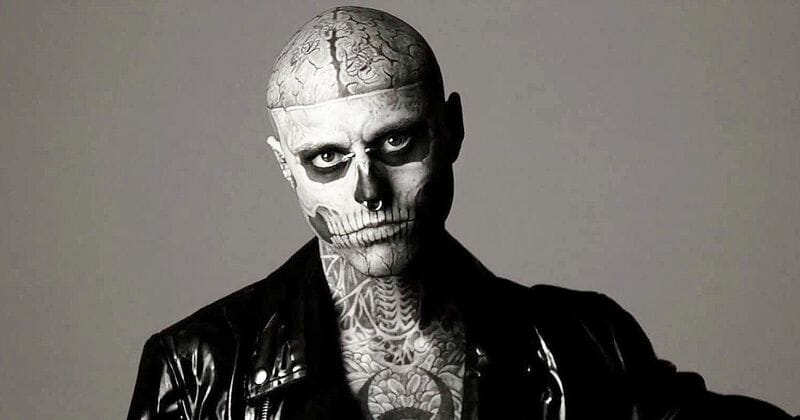 Rick “Zombie Boy” Genest, best known for co-starring in Lady Gaga‘s “Born This Way” video, has died from an apparent suicide TMZ is reporting. He was 32 years old.

Genest gained notoriety for holding the world record for the most bone tattoos, clocking in at over 139 in total. According to Vogue, he came from a circus performance background in Canada, starting off with his own show called “Lucifer’s Blasphemous Mad Macabre Torture Carnival.” And then in 2010, he had his first big break after being scouted by Nicola Formichetti to star in Thierry Mugler‘s menswear show.

Lady Gaga took to social media to share her thoughts on the passing of Genest. She tweeted:

The suicide of friend Rick Genest, Zombie Boy is beyond devastating. We have to work harder to change the culture, bring Mental Health to the forefront and erase the stigma that we can’t talk about it. If you are suffering, call a friend or family today. We must save each other.

Science tells us that it takes 21 days to form a habit, if you are suffering from Mental Health issue I beckon for today to be your first day or a continuation of the work you’ve been doing. Reach out if you’re in pain, and if you know someone who is, reach out to them too.

Kindness and mental health aren’t one time practices. They aren’t just to do list items. This fall, in partnership with @btwfoundation, I’ll explore the power of habits to build cultures of kindness and wellness.

She concluded her tweets with a call to action for people to sign-up for updates from her Born This Way Foundation. 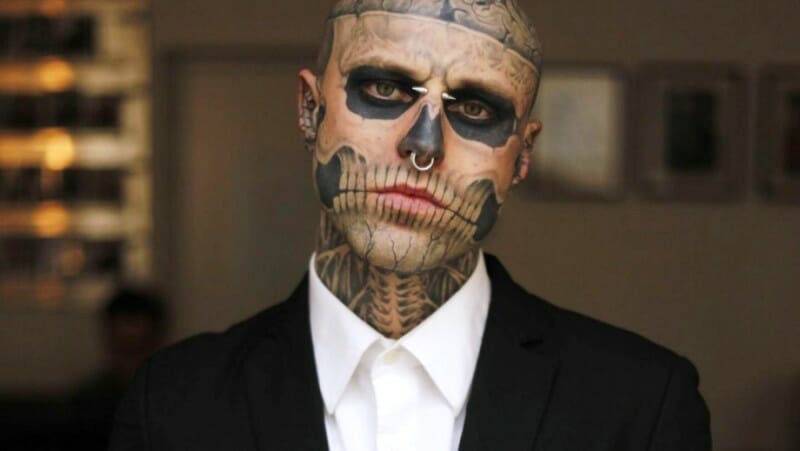 Formichetti wrote a tribute as well. “Absolutely heartbroken. Rest in Power, Zombie Boy,” he wrote, alongside a photo of him with Genest and Lady Gaga. “Sending all my condolences and love to Rico’s family and friends. If you ever need help, reach out. 1-800-273-8255 is the number for the National Suicide Prevention Lifeline. You’re not alone.”