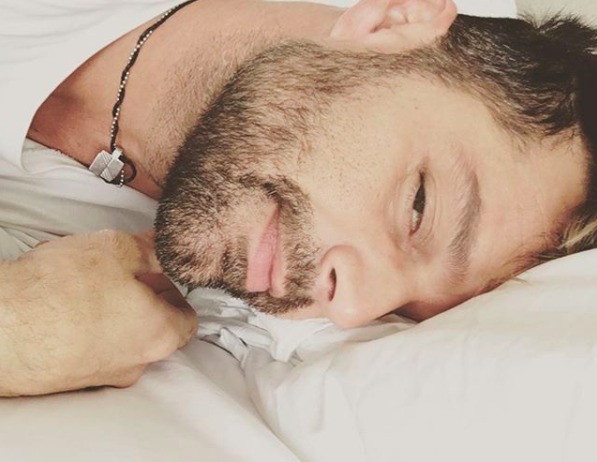 Ricky Martin came out publicly in 2008, just as he was about to become a father to twin sons.

But he was a showbiz success all the way back to his Menudo days in the ’80s, and now he’s speaking out about what it was like to be in the public eye and closeted for all those years.

Speaking to The Hollywood Reporter, Martin reveals that he “hid” lover after lover, fearing what could happen to his career if the world knew he was gay.

Tying his experience to his American Crime Story: The Assassination of Gianni Versace role, he said:

“[Versace] was being brave enough to come out of the closet and to introduce his partner in public. I tell you this and my heart sped up because I went through the same thing as a closeted gay man.

Do you know how many lovers I had that I hid from the public that I did not allow anyone to see because I was afraid?”

“Unfortunately,” he added, “nowadays, we still deal with homophobia and I think it’s not how [Versace] died, it’s why we allowed it to happen.”

Earlier this week, he had this to say about his own family and coming out:

“I wish I could come out again because it just felt amazing. And then after that, people coming to me and saying thank you so much for coming out. Because of you, I understand my father better. I understand my sister better. So it’s an important thing to do.

I don’t know, my kids are too young, but I wish they were gay. It is a very special thing. The sensitivity, the way I see now, that I don’t have to hide in any way shape or form. I see colors. And then you see the rainbow. I understand why the symbol is the rainbow. It’s just real. Everything is tangible. It makes me a stronger person.”