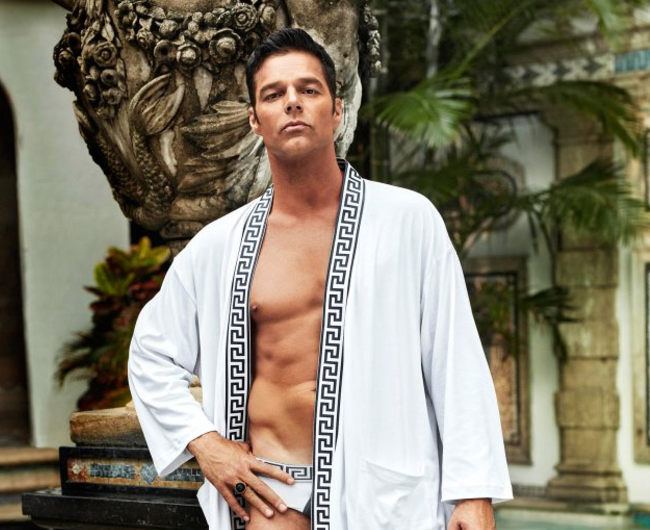 Ricky Martin claims he reached out to Gianni Versace’s boyfriend after the latter criticized his portrayal last month, calling it “ridiculous.”

As you probably know, Martin will be playing Versace’s long-time lover Antonio d’Amico in the highly-anticipated 2018 season of American Crime Story.

Related: The lover of the late Versace breaks silence to call Ricky Martin’s portrayal of him “ridiculous”

D’Amico says he’s displeased about Ryan Murphy‘s upcoming dramatization of Versace’s murder — and Martin’s performance in particular — saying there’s “not a trace of reality” in the upcoming show.

The highly publicized remarks eventually made their way to Martin, who tells Paper he reached out to D’Amico to try to make peace and ease his concerns about the show.

Martin says he told him via phone conversation, “I’ll make sure people fall in love with your relationship with Gianni.”

He also says he felt a “responsibility” to take on the role.

“It’s a story that is unfortunately full of injustice, and we’re here to shed some light on how unfortunate it was to lose such an amazing man.

I was working with amazing producers and directors, an impeccable cast. To be able to work and act, to challenge myself every day, in front of amazing directors who are constantly asking a lot of you… I haven’t been so inspired in so long.”

In July 1997, Versace was shot to death on the steps of his Miami estate by serial killer Andrew Cunanan, who had already murdered four other men in the last three months.