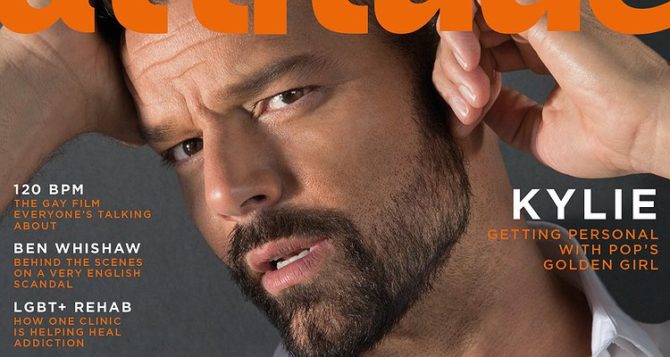 In a new interview with Attitude, Ricky Martin opens up about how staying closeted in the beginning of his career affected not just on him but the guys he dated.

46-year-old Martin adds that it wasn’t just his romantic relationships that suffered either. Pretty much all of his relationships were affected–personal and professional.

He continues, “I wouldn’t even sit down and have a cool relationship with amazing producers or great film directors because I was afraid that if they spent more than two hours sitting with me they would know my nature.”

Related: Ricky Martin is exploring his kinky side, and we’re all for it

Of course, Martin finally came out publicly in 2010, after years of speculation. Looking back, he says he “wasted so much energy” simply trying to “manipulate my sexuality” rather than just be himself.

Comparing it the oppressive atmosphere of homophobia that bubbles not far below the surface in American Crime Story: Versace, he adds, “The level of injustice that we as a community were dealing with back then was heavy. I played every role before I even started working on this project.”