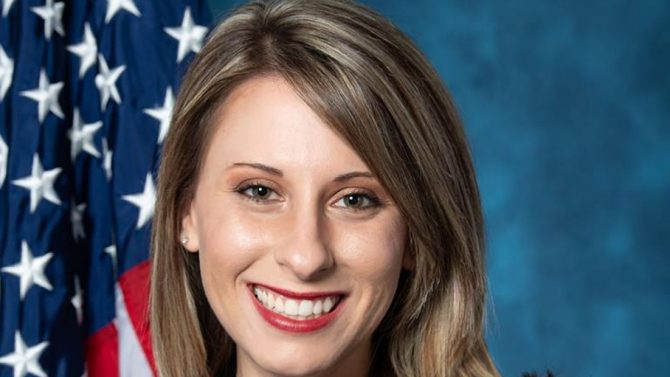 Katie Hill, the openly bisexual freshman California congresswoman thought by many to be a rising star within the Democratic Party, has been put on the defensive after a right-wing website published nude photographs depicting her and another woman without Hill’s consent.

Hill is denying that she had a relationship with a member of her staff, a violation of House rules, and at first would not comment on whether she was involved with a campaign aide.

Then on Wednesday, she released a letter to constituents that read:

“During the final tumultuous years of my abusive marriage, I became involved in a relationship with someone on my campaign. I know that even a consensual relationship with a subordinate is inappropriate, but I still allowed it to happen despite my better judgment. For that I apologize. I wish nothing but the best for her and hope everyone respects her privacy in this difficult time.”

The right-wing website RedState published photographs and text messages of Hill, alleging she had an affair with her legislative director Graham Kelly and a ‘throuple’ sexual relationship with a female campaign staffer as well as her husband. Hill is currently in the process of a divorce.

Hill said in a statement: “Intimate photos of me and another individual were published by Republican operatives on the internet without my consent. I have notified Capitol Hill police, who are investigating the situation and potential legal violations of those who posted and distributed the photos, and therefore will have no further comment on the digital materials.”

She added that some of the allegations against her are “absolutely false” and constitute a “smear” campaign orchestrated by her political rivals, as well as her ex.

“I am saddened that the deeply personal matter of my divorce has been brought into public view and the vindictive claims of my ex have now involved the lives and reputations of unrelated parties.”

“I am disgusted that my opponents would seek to exploit such a private matter for political gain.”

“I have notified Capitol Hill police, who are investigating the situation and potential legal violations of those who posted and distributed the photos, and therefore will have no further comment on the digital materials,” Hill said.

Hill made history as the first openly bisexual congresswoman from California, unseating Republican incumbent Steve Knight in 2018’s “blue wave” of Democratic wins across the nation. Nancy Pelosi named her vice chairwoman of the House Oversight and Reform Committee, which was a remarkably powerful position for a freshman. That committee is now playing a major role in the impeachment inquiry into President Trump.

Not how that works
34