Rihanna is branching out into men’s underwear. In case you were unaware, the Barbadian-born singer, 32, hasn’t released any new music in over four years. Instead, she’s been concentrating on building her Fenty empire (Fenty being her surname).

The Fenty brand launched with makeup to great success in 2017. It was followed in 2018 by the Savage X Fenty lingerie brand for women, and then a Fenty fashion brand in 2019. Yesterday, Savage X Fenty revealed it was set to release its first, limited-edition collection of underwear for men. 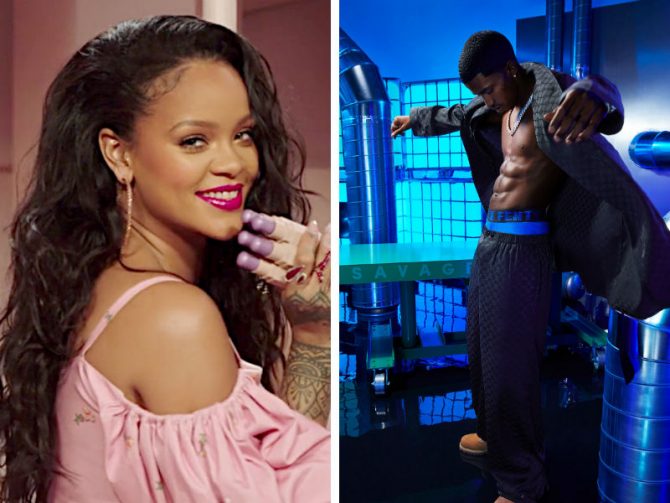 Related: Rihanna has been moonlighting as a life coach for a closeted gay fan

The collection has been developed with input from model and brand ‘ambassador’ Christian Combs, 22 – son of Sean ‘Diddy’ Combs. It consists of fat-banded boxers and boxer briefs, along with a pajama set and smoking jacket. The full collection will be shown during what’s likely to be a star-studded online fashion show, October 2: The “Savage X Fenty Show Vol. 2”.

“I wanted to create menswear styles that everyone can wear,” Rihanna said in a press release. “And after Christian did such a great job at the 2019 fashion show wearing men’s, I knew we had to have him as a collaborator.”

Although the full collection is yet to be revealed, the teaser images have prompted a mixed reaction online. Some love the look of the designs – and the modeling of Coombs Jnr. Others want more … Or less, if you get our drift.

“@rihanna girl….boxers and boxer briefs? do your gay fans even matter? we need jockstraps and briefs…we don’t wear boxers or boxer briefs??!!” said one.

@rihanna girl….boxers and boxer briefs? do your gay fans even matter? we need jockstraps and briefs…we don’t wear boxers or boxer briefs??!!

So we reliving early 2000’s VIBE magazine shoots now?! Men in 2020 need more options than pajamas and boxer briefs! If u know we wear face products u should KNOW we wear more than this basic stuff!💅🏾

see* THIS IS WHAT ATTRACTIVE PEOPLE DO TO MY BRAIN

Me if Rihanna ends up making undies for straight men and uncultured tops pic.twitter.com/t7F1Zbp8SF

The full range will be revealed on October, 2. Were it to include jocks, Rihanna wouldn’t be the first female pop star to branch out in this direction. Earlier this year Lady Gaga revealed Chromatica jockstraps as part of her latest merchandise range.