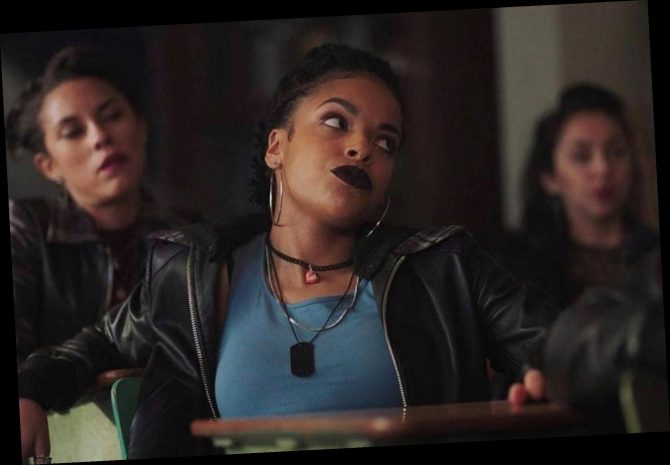 Actress Bernadette Beck, known for playing the character Peaches ‘N Cream on the popular The CW show Riverdale, has slammed the producers of the show. In a new interview, the actress claims she was cast only to make the show look diverse, and was essentially ignored by the show’s writers.

Beck tells Elle that her experience appearing in the third and fourth seasons of the show left her suffering from anxiety. She says she experienced death threats and body shaming over the portrayal of her character from the show’s fans. Beck also says her treatment by the show’s creative minds wasn’t much better.

“I get it, there’s always a protagonist and antagonist, but I never had much of a story plot or enough character development to even be considered an antagonist,” Beck said in the interview. “I was, for no reason, depicted in a very negative, unattractive light. And I’m not the first black actress to show up on set, stand there, chew gum, and look sassy and mean. I feel like I was just there to fulfill a diversity quota. It’s just to fulfill points.”

“I was completely forgotten in the scene more than once,” Beck adds. “The director [would] be walking off set and I’d have to chase them down because I had no idea where to stand, what to do—I just hadn’t been given any instruction. You can’t treat people like they’re invisible and then pat yourself on the back for meeting your diversity quota for the day.”

Happy Saturday everyone!!! Sending my love from Vancouver! ?

“When you’re in it, you’re going through the motions and you’re like, ‘Oh great, I finally get to be utilized!’” she says of the scene. “But when I saw it all put together, it made my character seem like she was down for anything.”

Riverdale will return to The CW for Season 5 next year.