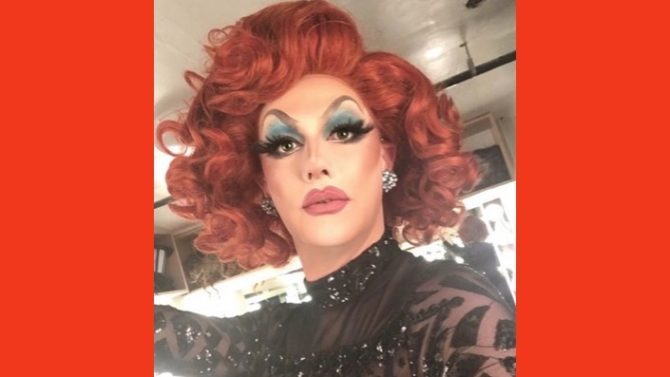 Robbie Turner has broken her silence about Uber-gate, and just like every other aspect of the story, we did not see this coming.

To back things up, last week it was widely reported (including on Queerty) that Turner, the Seattle-based RuPaul’s Drag Race season 8 alum, survived a fatal Uber crash on her way home from Queer/Bar on Capitol Hill.

The story came firsthand from Turner’s Twitter account, which in no uncertain terms said “Last night on my way home my Uber was struck by a drunk driver. I closed my eyes briefly & it happened,” and “My driver did not survive.”

As questions mounted, it became clear that events did not transpire in the way Turner described, or at all.

A week has gone by and Turner has stayed silent about the whole confusing situation, until now.

In an interview published Friday evening on Entertainment Weekly, Turner has a whole lot to say about what did, and didn’t, happen.

Except… There are some pretty big, hard-to-swallow claims, the least digestible of which is the Dallas defense — it was all a dream. Yes, really.

Here’s Turner describing what led up to that initial tweet:

“What [I] think happened is that I was slipped something [in my drink], because I didn’t drink that much that night, and [that I] slipped and fell in the shower. The hat I was wearing is completely bent and gross, so we think I hit my head in the shower, got out of makeup, went to bed, and had a very vivid and ridiculous dream.”

“I woke up with bruises on my body, and I woke up with a headache, so my initial reaction was I thought I had a concussion. I was worried because I was alone…[so I] made a scheduled post for when people would be waking up Sunday morning… I was already falling asleep and was panicking… I did wake up with very large bruises and a headache, and I’ve always had this irrational fear of concussions.”

She later repeats the claim that “at the time that I came home, I had this vivid dream and thought it was 100 percent real.”

Despite the natural skepticism around these new details, Turner goes on to describe what sounds like a real mental health crisis, one we hope she is navigating with sufficient help:

A friend of mine who is a therapist came over and told me that I should get a psych evaluation for the whole scenario, so I spent the next few days after that speaking to crisis counselors, and when I was finally seen by a psychiatrist. I talked to them about everything that has been going on, even prior to the accident, because it’s just been kind of a nightmare in my personal life. There have been many deaths and a lot of loss, and the social worker and psychiatrist [said] it sounds more like I had a mild mental break, and it was triggered by slipping in the shower and being slipped something [in my drink].

She clearly isn’t thrilled with her actions over the last week:

“I’m a little horrified that I did publish it in the first place, and looking back it’s always easier in hindsight…”

“The way I was raised, I don’t shirk things. You’re supposed to admit what you did wrong and not be a coward about it. The goal [is to] move forward about what we need to be doing the proper way.”

Asked about her fellow Drag Race alums using the situation as a punchline online, Turner has this to say:

I was never fooled that there was a sisterhood in the beginning. I mean, we don’t all see each other and we don’t call each other. Basically, once you’ve gone through the gamut of Drag Race, the only time you really see the girls is if you are on a specific tour with them. Even if you were friendly prior to Drag Race, you don’t really see and/or talk to every single girl regularly. So, I’m not terribly surprised. Not one of the girls that you mentioned reached out to me once, so I’m not completely surprised that those are the types who said something because they’re trying to remain current, and talking about somebody else’s drama gives them material, I guess. I’ve just never been that person because I don’t see the point of kicking people who are down because it’s an unfair advantage.

You can read the full, sometimes breathtaking interview here.