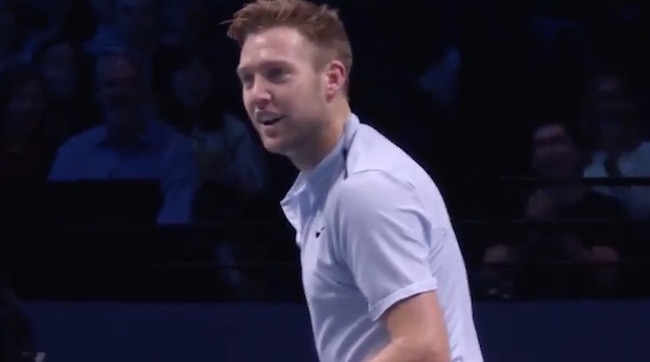 Filed under “Games People Play”: Roger Federer unquestionably beat Jack Sock during his opening ATP Finals match, but he also sprang a major goof when he totally dorked what should’ve been an easy forehand.

The gaffe probably had much to do with an unexpected piece of performance art on Sock’s part, which involved shaking his ass at Federer.

Honestly, we would’ve dorked it, too.

“It was a big distraction, I’ll tell you that, because it was very big.

That’s what I should have aimed for. That target was bigger than the down-the-line court that I had….

It’s happened sometimes in the past, but not on a big stage like this.”

Sock, of course, was quite happy the trick paid off — and it seems he’s pulled the same stunt before.