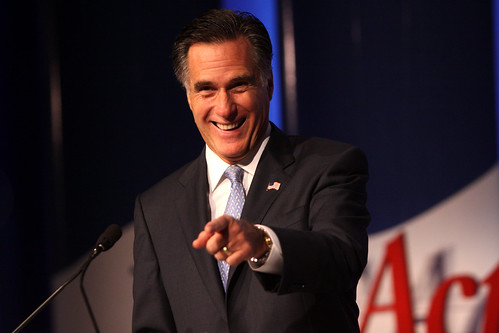 The results from the Florida GOP presidential primary prove that in the land of the blind, the guy with the biggest checkbook is king.
Mitt Romney finally managed to win a convincing victory after a series of humiliations, largely by spending about $15 million dollars on ads to annihilate his main rival, Newt Gingrich, the Don Juan of lunar travel. Gingrich did his own part to destroy himself with lackluster performances at the candidate debates and more general being the undisciplined, erratic, attention-deficit candidate that only the Republican base would ever take seriously.  Yet, it’s worth noting that faced with three almost laughably inept candidates, Romney still couldn’t manage to win an outright majority. Clearly, he’s still waiting for his Sally Field moment.

In the days leading up to the primary, Gingrich certainly tried his best to tar Romney as a weak sister: “L 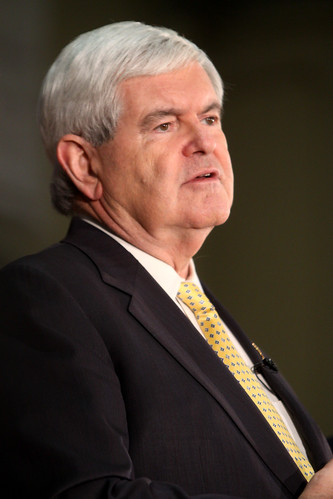 ook, the conservative movement is not gonna to sit by and let a Massachusetts liberal, who’s pro-abortion, pro-gun control, pro-tax increase, pro-gay rights, who’s Romney-care in two articles in the last 24 hours were described as the equivalent of Obamacare and who George Soros says is just fine,” Gingrich told Fox News (of course) on Monday.

But swamped by Romney’s ad blitz, Gingrich was unable to repeat his South Carolina upset. Rick Santorum and Ron Paul basically wrote Florida off, knowing that they hadn’t a prayer with its winner-take-all system.

Still just because Romney won Florida doesn’t mean Gingrich will pack it in. Gingrich’s candidacy seems trapped in an endless “Circle of Life” loop, with spectacular deaths and equally implausible rebirths. More to the point, Gingrich has nothing to lose at this point. He hates Romney, he hates the GOP establishment and he’s got a wealthy backer willing to throw millions his way. Why wouldn’t he pursue a scorched earth policy? If Romney loses in November, Gingrich gets to say, “I told you so.” Of course, that he helped the Democrats by  solidifying Romney’s image as a vulture capitalist will probably slip Newt’s mind.

Despite Romney’s success in Florida, exit polls show he still has a problem with the tea-party evangelical segment of the GOP, which voted for Gingrich. To win them over, Romney is going to have to shore up his conservative credentials even further. That means addressing the dreaded “moderate” image he acquired as governor of Massachusetts. One of the easiest ways to do that is to go full tilt at marriage equality, something he has been using it as a cudgel against Obama for some time. As Romney moves onto the next round of primaries, he’s going to need to turn up the rhetoric on Obama to rally the GOP base. So if you’re planning a wedding in the next several months, don’t count on Mitt throwing rice.