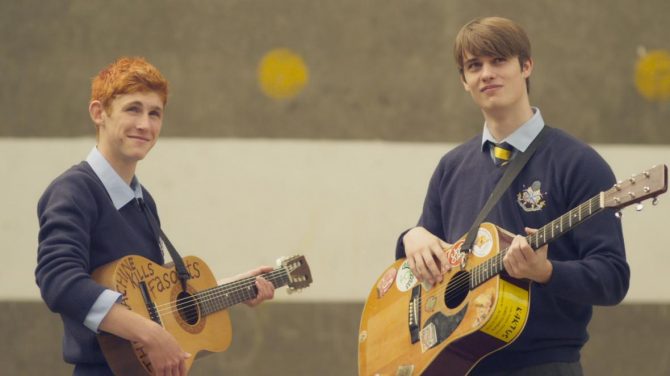 Writer/director John Butler made a splash with this 2016 comedy about a pair of mismatched roommates at an Irish boarding school. Fionn O’Shea plays Ned, an effete, musical, nerdish student ostracized by his classmates for being gay. When his new roommate–the handsome, boorish rugby player Conor (Nicholas Galitzine) arrives–it seems like their dorm room could erupt into a war zone. Instead, the two form an unlikely friendship, bringing out the best qualities in both. They also begin to notice a certain sexual tension around one another.

Handsome Devils plays like a gayer, 21st-century Odd Couple as Conor and Ned first want to kill one another…only to realize how much they need each other instead. Galitzine and O’Shea both give endearing performances, though the standout is Andrew Scott as the school’s tough but cheeky music teacher. Like all of Butler’s work, Handsome Devil examines unlikely friendships, issues of homophobia and masculinity. And like all of Butler’s work, it finds tender humor in unsuspected places. We offer it up as some weekend viewing now, on the eve of the back-to-school rush.