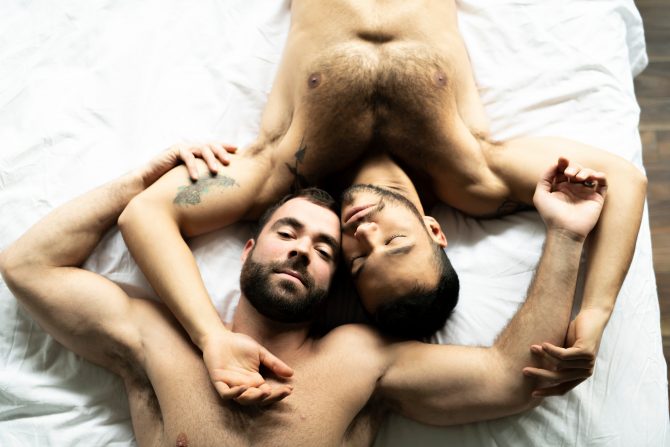 Does the lockdown have you feeling a little…frisky? You’re not alone.

Public safety precautions have put a damper on singles’ dating lives, and according to a new poll, more than a few folks have been settling for in-bubble relations with their roommates.

Match’s annual ‘Singles in America’ survey found that one in four unattached Americans have had sex with a roommate during the pandemic, and that number is even higher among young people. Of millennial and Gen Z respondents, one in three admitted to getting it on with their roommate.

In general, singles are hooking up much less than this time last year — 71 percent said they haven’t had any sex whatsoever during the pandemic. But can you blame roommates for turning towards one another for a little intimacy?

A recent Reddit thread provided some anecdotal evidence of the trend. In March, one user wrote: “‘It’s the most sex I’ve ever had in my life and the perfect quarantine activity.”

The Redditer said she lives in a house of six roommates, and one drunken night led to everyone getting…much…closer.

In May, a Now Magazine reader queried Dan Savage on whether it was ok to get Biblical with a roommate.

Related: WATCH: Roommates in lockdown recreate night out at their favorite gay club

“‘If there was ever a time when you could approach a non-related adult with whom you live to see if they might wanna f*** around, now’s the time,” he wrote.

The Match study also suggested other changes in dating behavior due to the pandemic.

For instance, 16 percent or respondents said they’ve self-pleasured more since March — no big surprise there.

“Prior to 2020, no one expected that singles would consider a date’s willingness to wear a mask,” Dr. Helen Fisher, a biological anthropologist and chief scientific advisor to Match, said in a press release.

“Recent cataclysmic events have led singles to want more from dating: a desire for a relationship over casual dating; more meaningful conversations, and more honesty and transparency during a date.

“Today’s singles want to know who you are, where you’re headed financially, and what you expect from a possible partnership.”