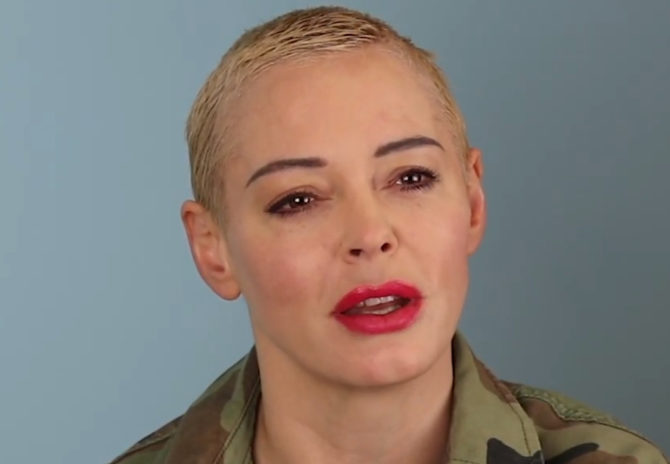 Actress and #MeToo activist Rose McGowan has apologized again for comments she made about transgender women.

In an interview with PinkNews, the 45-year-old star of Scream and the TV series Charmed offered contrite words. “I am profoundly sorry,” she says.

The controversy began in 2018 at a Barnes & Noble event. While promoting her memoir Brave, McGowan got into a heated exchange with a transgender woman. The woman confronted McGowan over comments she’d made on the Drag Race podcast What’s the Tee in 2017. McGowan had said that transgender women “could not relate” to the experience of cisgender women.

Related: Rose McGowan says Russian trolls are unleashing bots it used against Hillary on her

The Barnes & Noble event quickly turned into a shouting match between McGowan and the transgender woman in the audience, with McGowan shouting “I’m mad that you put s*it on me because I have a f*cking vagina and I’m white or I’m black or I’m yellow or I’m purple.” She also claimed that cisgender women are more likely to be the victims of rape or violence than transgender women.

McGowan faced harsh criticism for her words, and soon apologized to the queer community has a whole.  Now, she’s become more pointed with her penance.

“I would like to say I’m sorry,” McGowan says in a video portion of the interview. “I didn’t have the correct language. I am, you know, an older woman from Hollywood. It’s not exactly the place for understanding the language…It’s just been a learning process and evolution. I’m here to say to people that are scared of trans-ness, we’re all women, we’re just different kinds of women and different kinds of men. There’s a huge spectrum to be had in that. And I think that’s a really beautiful thing.”

In 2018, McGowan set off a firestorm in Hollywood by accusing Oscar-winning producer Harvey Weinstein of rape. More than 90 other women subsequently come forward, adding their own accounts of misconduct by Weinstein ranging from sexual harassment to rape.