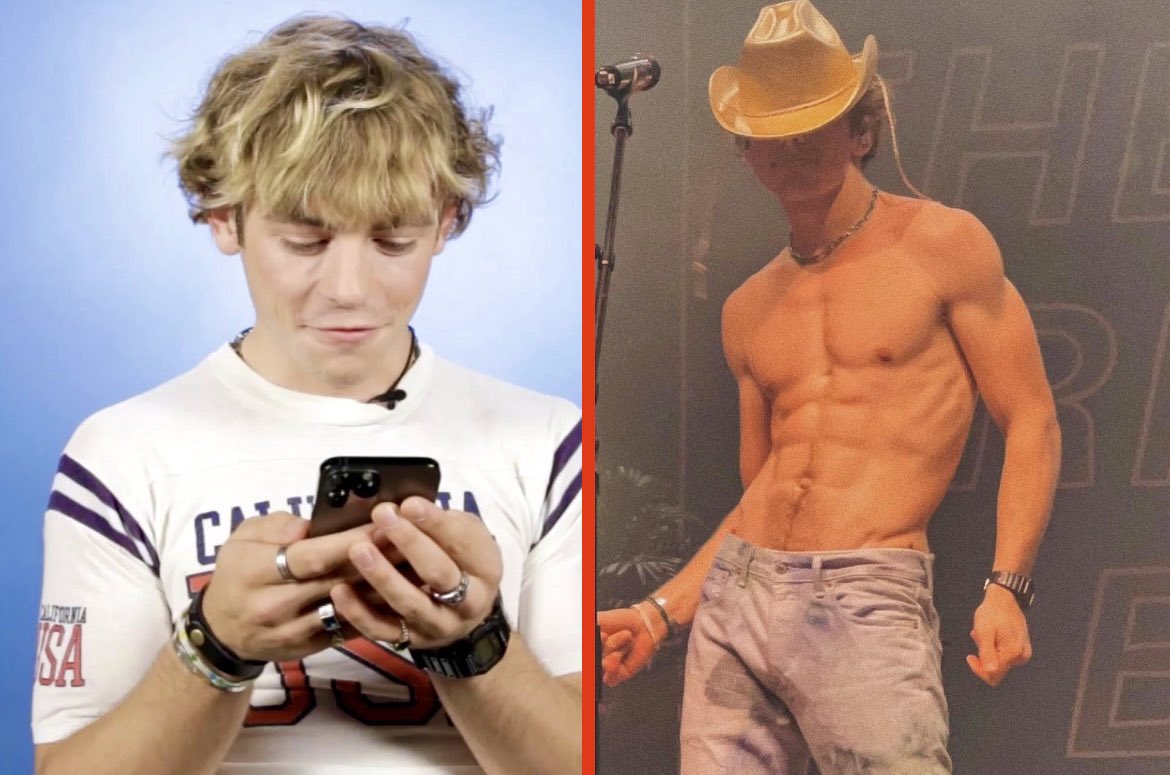 Ross Lynch is having his ab-bearing, hip-shaking moment in the sun, and we’re all the better for it.

The former Disney star has turned full shirtless band heartthrob, making The Driver Era’s audiences fight to hold it together along every stop of the tour.

Buzzfeed recently sat him down to read a few of the thirsty tweets folks have been sending out about him recently. Some of them are almost too tame, while others can NOT be repeated in mixed company.

Halfway through the video, he has an adorable realization:

“i think half of these tweets are from boys” BYEpic.twitter.com/00OHgtYopT

Knowing the gays, it could be wayyyy more than half.

The video’s selection is a cute mix of adoration and absolute mess. From what we found, there were plenty more to choose from.

Ranging from mild to wild, here are just a few more tweets that show folks are in thirst overload for Mr. Lynch:

ross lynch the man that you are pic.twitter.com/rkzmxi7MXX

.@RossLynch if you’re looking for an assistant or personal assistant or maid, i’m available full time. if the pay is minimum wage that’s okay just please hire me please please i can be a good boy just for you i swear give me one chance and i can change your life i will swallow yo pic.twitter.com/wXe1fNcbSU

scream without the the s https://t.co/thAjqUe6Li

if i’m at a ross lynch concert and he start gyrating his hips like that??? im pulling my cock out idc

Related: Ross Lynch is back to his shirtless on-stage antics—and this time it’s pretty gay

Check out Ross’s full wade into the thirsty depths here: