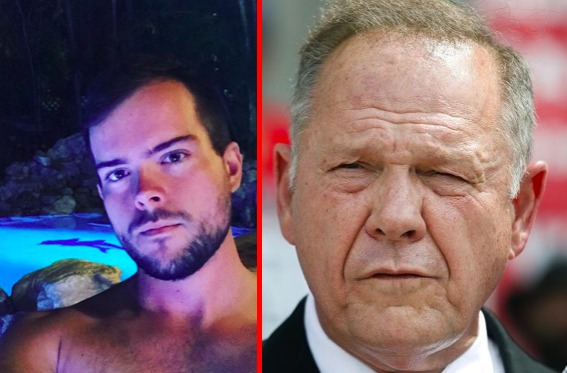 Sore loser Roy Moore can’t seem to get his mind off of his opponent Doug Jones’ hot gay son, Carson.

Late last night, Moore posted a link to an article published by the Advocate about Carson. The headline read: “Doug Jones’s Gay Son Is ‘Thrilled’ by the Alabama Win.” The post included no additional commentary by Moore.

Facebook commenters wasted no time calling out the ex-judge and failed GOP Senate candidate for what seemed like him trying to draw attention to the fact that Doug Jones’ son is, in fact, a homosexual, probably in an effort to score political points with his homophobic base.

One commenter wrote: “This is a cheap shot. It is unbecoming of a senatorial candidate to attack the family of your political opponent in my opinion. Just concede and go away.”

Another said, “I realize it was probably staff that posted this, but after months of defending pedophilia, shouldn’t this be a little beneath even you piece of human trash?” 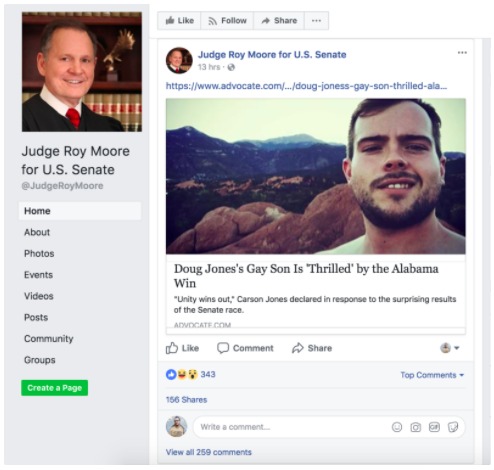