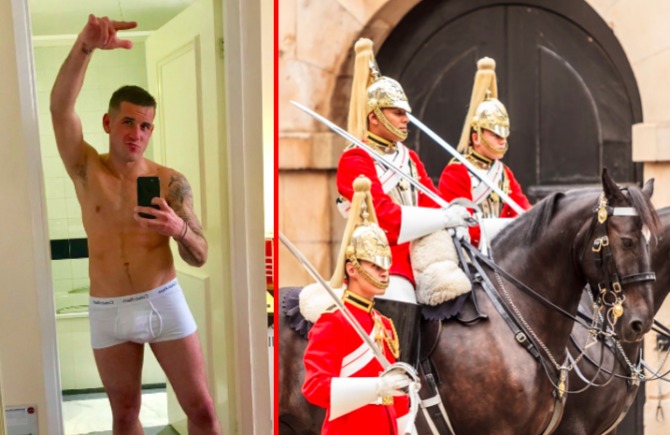 This just in: One of the royal horse cavalry guards who escorted Prince Harry and Meghan Markle on their wedding day moonlights as a gay adult film performer. 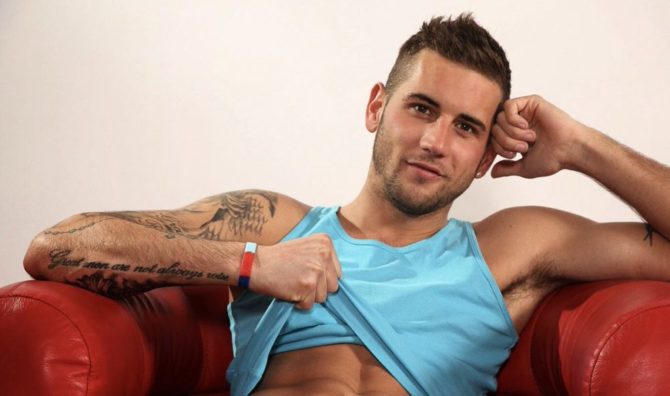 As a member of The Household Cavalry, Dan Broughton is a prominent member of the plumed and gold-helmeted mounted royal escort. His unit accompanied the newly married couple’s white horse-drawn carriage through Windsor’s streets following their sumptuous May 19 wedding.

It’s never been a secret that Broughton is gay. In fact, he’s believed to be a pal of Harry, who “has even described Dan as his ‘GBF’ — gay best friend,” a royal insider noted.

“A total charmer,” Broughton’s UKNakedMen.com profile reads. “It’s not just lust when you meet Daniel Broughton, you will fall a teeny bit in love.”

“He’s from the north of England, they’re friendly up there. He’s flirtatious, completely versatile and has a bit of a thing for older guys and straight boys.”

In addition to identifying himself as a member of the British military on his Twitter profile, Broughton also describes himself as an “International Commercial and Erotica Model.”