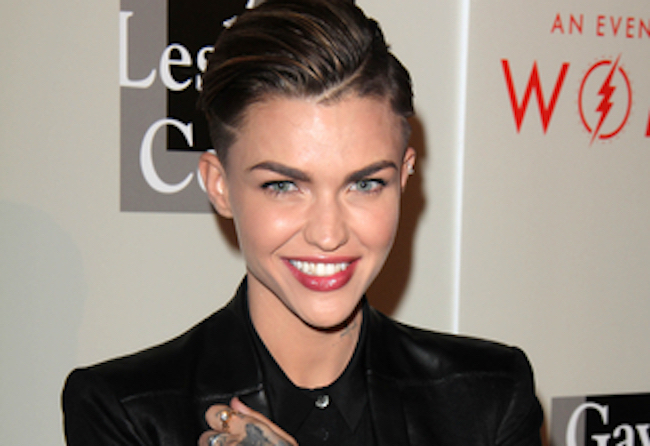 Ruby Rose, one of the stars of Orange is the New Black, is facing harsh criticism online after donating to an LGBTQ center in Texas.

Rose gave the organization $10,000 in the wake of Hurricane Harvey, which has killed at least 14 people and left thousands of families homeless.

Critics are apparently angry Rose only offered money to an LGBTQ center.

The actress volunteered to match the donation of Jack Antonoff, who also donated $10,000 to the Montrose LGBT Center.

“I’m going to match Jack and eat a banana while I donate 10 k to the LGBT centre in Houston also,” she writes.

That’s when the criticism began.

“This is sad,” writes one commenter. “Helping only one group. When the entire city needs help”.

“So you are only willing to help out gay people suffering from the floods in Houston?!?!” writes another. “You are a disgusting human being.”

Ruby responded to critics in a lengthy Instagram post, saying the donation goes further than people realize, and emphasizing why such organizations are important to the public at large.

“I don’t agree with the wording or personal attacks,” she writes, “but I can understand the confusion if you are not aware of what these centers do.”

“The LGBT center does not just help LGBT members in a crisis like, it does not discriminate people in need based on gender, sexuality, race or religion

It is one of the most inclusive organizations I can think of. It is not as though they check how gay you are on entry.

Unfortunately many organizations have in the past denied entry to people based on the above, however I am extremely proud to hear that Texans have joined forces in such a beautiful, heart warming way.” 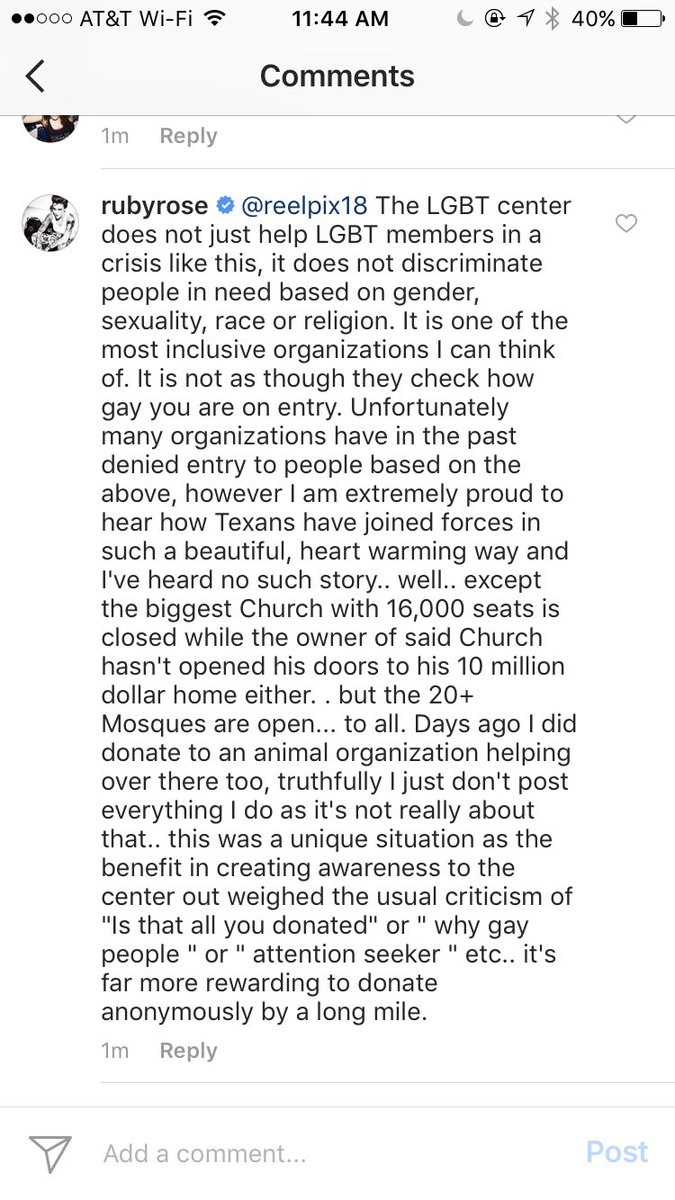 The story checks out.