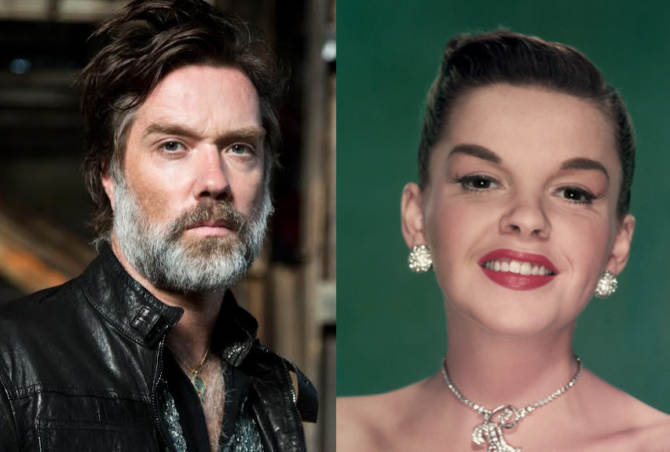 Few icons command the kind of solemn respect in the queer community like Judy Garland. Her life and artistic legacy remain one of the great Hollywood stories–one so complex and varied, hardly any performers have dared try to retell it.

Singer-songwriter Rufus Wainwright is well aware that walking a mile in Judy’s red slippers is a bold move, but that didn’t stop him from recreating her iconic 1961 concert at Carnegie Hall in all its glory back in 2006.

The show — Rufus Does Judy at Carnegie Hall — was a hit (well, minus one famous critic whose opinions are hard to ignore), and inspired a live album of the same name and similar concerts across the globe.

In honor of what would have been Judy’s 100th birthday on June 10, Wainwright is revisiting the Carnegie Hall concert through a series of performances at City Winery in both New York City (through June 10) and Chicago (June 16-17). Plus, a new album just dropped called Rufus Does Judy at Capital Studios in which Wainwright revisits several Judy classics. 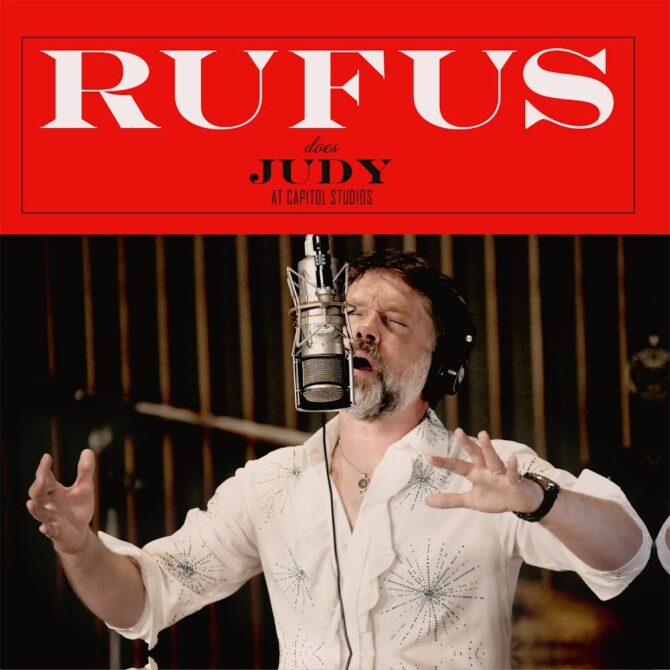 We caught up with him to talk Judy, Liza, and whether gay guys’ taste in music has gotten any better.

What first drew you to Judy as a performer and to her 1961 Carnegie Hall performance in particular?

I’ve been a fan of Judy since I was a child. I’m almost 50, and for us older gentlemen — you know, we were little kids before the VHS even existed — so any kind of old movie that was on TV was a big event, and the whole family would gather around. And one of those big, old movies was The Wizard of OZ. So it started as a child, it was sort of like a secular holiday.

Later on I moved to Hollywood to make my first albums, and I kept this kind of fascination with Judy Garland that edged more into her decadent periods and her struggles with showbusiness and substance abuse, and all this time I had never really listened to the 1961 Carnegie Hall record. I think I subconsciously kind of kept it as this treasure that I would finally dive into, and then around the time that America invaded Iraq, I became very depressed about living in the United States. That’s when I cracked open the record, because it was one of the only things that reminded me of how great America can be, and it’s ironic that I’m singing it again now, kind of at a similar moment.

On the new album out June 10th, you recorded some of these tracks at Capitol Studios in Los Angeles, a place that has some Judy history of its own. What is her connection to that space?

Yeah, she made a lot of records there, and I was able to record in her studio that she worked in often, and in fact I used one of her microphones as well. So it’s been a thorough exploration into everything Judy.

It’s clear this is a real labor of love, and it’s gotten incredible response including from Judy Garland’s daughter, Lorna Luft, who’s been a big supporter. I don’t think the same can be said for Judy’s other daughter, Liza Minelli, who has been a little bit prickly when the subject has come up. Why do you think this tribute rubs her the wrong way?

Sadly Liza din’t really get it, which I totally accept, and understand. She was really one of the only children of a star to eclipse their parent. I think she worked so hard to…not suppress her mother’s legacy, but to create her own legacy, so that anything to do with Judy, regarding Liza, is always tricky.

She said she didn’t want to see Renée Zellweger play her mom [in 2019’s Judy], either.

Yeah and I respect that. I would like it if Liza and I could come to a place where we were a little bit more civil – because I did know her a little bit before in passing and she was so angry about it. And I was a bit cheeky as well.

I respect her so much, and I would love to have that, but I don’t think that’s going to happen.

As you approach this project, or as you revisit it, how much is homage and how much do you leave open to your own, personal interpretation?

What’s interesting is that I actually did a tenth anniversary concert, celebrating my tenth anniversary of the Judy show, and at that point I was shocked at how un-Judy-like I felt. I felt much more like Frank Sinatra or something when I was up there on stage singing those songs. I was a bit tougher, I was just feeling particularly masculine at that time for some reason. But now with this release, and I think mainly because I did it in the studio, it felt more scientific in a way, like I’m a doctor going in for an operation, and it felt like Judy had returned. Like I’m going into the soul of the material and perhaps some of the journeys that she went through. Also I feel like we’re in a more vulnerable, less confident time, which is always a good Judy moment because it was through her vulnerability that she created her power.

I feel in a lot of ways, maybe even more now than when I first did the concert, in terms of the political situation, it’s even worse than it was before with the reversal of Roe vs Wade, and gay rights are now under threat again. Her spirit and her strength, and her honesty, are really prescient at the moment.

It makes me think of your song “Gay Messiah”, which I’ve heard started as a joke and then took on a more serious meaning in the Bush years.

Yeah in the Bush years it had a more political message but in the Trump years it became an actual prayer. So it went from joke to tool to prayer.

Judy was such a technically skilled artist. Did you learn anything unique to her by stepping into this ambitious undertaking?

Yeah, well one of the main reasons I did that show also is I’m a huge opera fan. I’ve written two operas and I intend to write more, and I respect the art form enough to know that I could never actually sing an opera. But that being said, I knew that doing the Judy show would be the closest thing I could come to that whole experience. Really showcasing my voice in that kind of athletic way, and for that long, and with that many climaxes.

You were one of the first, if not the first, artists on a major label to start their career out of the closet. First of all, I’m so happy you did come out when you did, because I think you helped make it easier to navigate for people coming up after you. Looking back, would you have done it any differently?

Well I’ve done the research, and I’m technically the second if we’re talking major labels, because there was a guy in the ’70s called Jobriath who was out on a major label. He was kinda going to be the new David Bowie, and they tried to use his homosexuality as a marketing tool and it failed miserably and he ended up drinking himself to death. Anyway, I was the next person to come out on a major label, totally out from the get go, and I did take a few hits, you know? In the sense of placements of songs and a lot of people just saying “oh he’s the gay one,” but I think in the long run it was a much better bet, because my fans who did know that and were happy about it really became incredibly loyal and really fought for me over the years. Actually a lot of those fans were women. I would say the gays didn’t necessarily gravitate to me at first. There were ones who appreciated me, but I was not, like, the kind of music people would listen to at the nightclub, but there were a lot of young girls who liked gay men and felt more comfortable, and safer, with me. They were the ones who mainly pulled me through, were the screaming young girls, which is ironic.

I might have been one of those screaming young girls…OK one last thing and it kind of ties in with what you just said. You once said gay men have terrible taste in music — has it gotten any better? I hope it hasn’t gotten worse.

You know what, I think it has gotten better, but only quite recently. I really admire Lady Gaga on so many levels. I think she’s the hardest working person in show business, I think she deserves all the success that she has, but I do think she was the last gasp of this sort of mindless, gay, sort of…”You’re my little monsters” thing. I wasn’t crazy about that. I thought she used the gay thing as a bit of a marketing tool, and the music wasn’t all that interesting, I thought Madonna was way better, song wise earlier on. But whatever! Now we’re onto other things and I think it’s gotten better.

bring the beat in
26 comments

WATCH: The Sanderson Sisters are officially back for ‘Hocus Pocus 2’

smile, you're on camera

One little public sex scene at the Parthenon and now this?

Vote now! The Tom of Finland photo contest is heating up

WATCH: The Sanderson Sisters are officially back for ‘Hocus Pocus 2’

smile, you're on camera

One little public sex scene at the Parthenon and now this?

Vote now! The Tom of Finland photo contest is heating up

WATCH: If you liked ‘It’s A Sin’, you should definitely check out ‘AIDS: The Unheard Tapes’

Get ready for Pedro Almodóvar’s answer to ‘Brokeback Mountain’, a gay Western with a smokin’ cast

deal with it
49 comments

‘Sonic’ shows off new gameplay and queer fans are ready