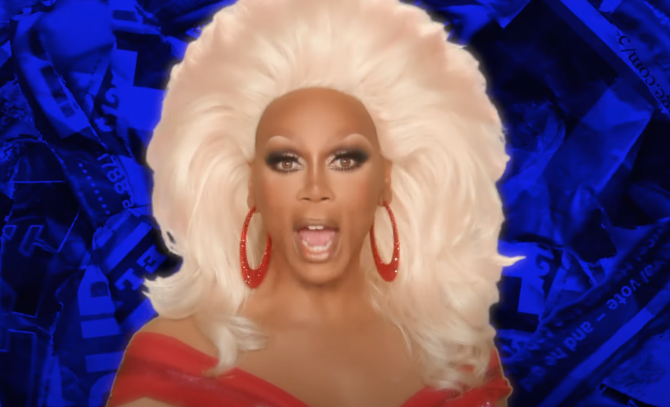 Not every queen who’s entered RuPaul’s Werk Room on Drag Race has had pleasant things to say about the experience, and a common complaint from former contestants is receiving a “bad edit” once the shows air. Specifically, the notorious “villain edit.”

If there was any confusion about how Ru feels about this (which there wasn’t), the 11-time Emmy Award-winning host’s newest song, “Blame It On The Edit,” should clear it up.

“All these shows around the world and everywhere we go,” the song continues. “You’ll never meet another bitch as salty as these hoes.”

Then later: “You already know who I am, you know what the f*ck I do. So why they all in my house, they lyin on my production crew. Baby nice to know if they throw you a bone, you the type comin back with a attitude. I ain’t cha enemy, keep that same energy. You da only one tryna sabotage you.”

The song is the first single off Ru’s 14th studio album, MAMARU:

Here are a few reactions from queens who have not complained of a “villain edit”:

They didn’t show all my snatch game jokes and I blame it on the edit xx https://t.co/GRZiyU6LN0

Oh, shit! Mother had some thangs to say y’all!

And without further ado, here’s the video for “Blame It On The Edit”: